Probably not, but somebody hopes so. WTKR, William & Mary researchers say compound in fish could be key to defeating cancer


Myriam Cotten is an Associate Professor in the Applied Sciences department.

She says fish produce defensive compounds called peptides and the peptides in hybrid striped bass found in the Chesapeake Bay are especially effective against cancer cells when bonded with copper.

Cotten says because fish live underwater, they are constantly under attack from viruses and other dangers too small to see with the naked eye. Peptides were developed as a defense mechanism.

Her research found the peptides in striped bass can penetrate cancer cell membranes. That's where the copper comes in.

"The analogy is if you have a brick wall, the peptide can take the bricks out but the copper can completely shatter the bricks so then the cell cannot recover," Cotten told News 3.

There's still work to be done, however. Cotten says she still has to figure out how to deliver the peptides to cancer cells while avoiding healthy tissue. 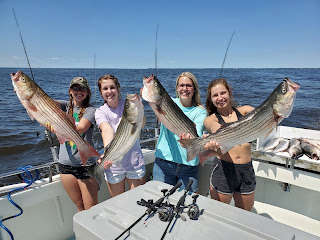 Until then, it's just another poison.

For that, she's looking at another, more high-profile scientific breakthrough.

"You want to use tools to deliver the peptides in a specific manner in the same way as the COVID vaccine has a coating on it to bring it to our cells," she said. "And then of course you've got to find collaborators who could inject the peptide [in live] mice, right? Before you can move to clinical trials in humans." 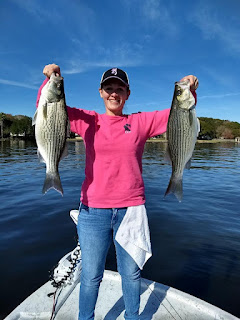 Cotten says she expects that part of the process to take at least a few years and she plans to bring her students at William & Mary along every step of the way.

In the immediate future, she says she's working with an oncologist "at a lab on the East Coast" on the next phase of testing peptides on cancer cells.

I predict a long, tax supported career looking for the magic cancer fighting peptide, and no cure for cancer