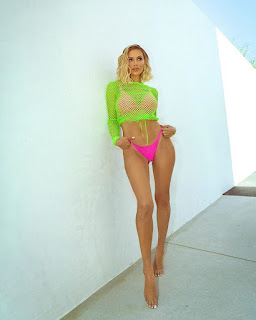 Da Mail, RHOBH star Dorit Kemsley is held at gunpoint and robbed of jewelry and handbags during 20-minute home invasion by three men while she was asleep with her kids: Co-stars show up to show support


Real Housewives of Beverly Hills star Dorit Kemsley, 45, was held at gunpoint and robbed Wednesday night during an invasion at her Encino Hills home while her children, ages 7 and 5, were in the house.

Three men broke into the residence just before 11 p.m. PT while she was asleep, a source close to Kemsley told DailyMail.com.

Kemsley had only just returned from a trip to London, where she attended her nephew's wedding on Tuesday night alongside her husband, PK Kemsley. 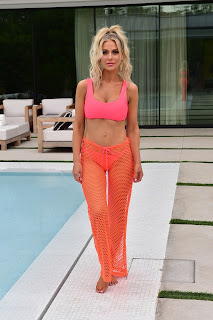 My first question is why a star of Real Housewives of Beverly Hills is living in Encino. I've been away from LA for a long time now, but even I remember that Encino is not particularly close to Beverly Hills.

PK was still abroad at the time of the attack and is now headed back to California to be with his wife, who is said to have been 'traumatized' by the incident.

The source said Kemsley's only focus during the invasion was to protect her children.

The unknown intruders entered the home around 10.50pm by smashing through the children's classroom door. 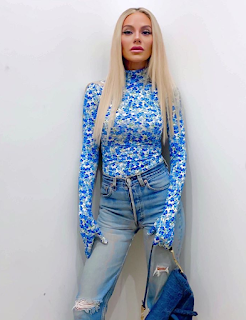 My next question is whether police questioned the kids. Were they really there when this happened. Or conveniently absent?


Two of the suspects walked into Kemsley's bedroom while she was sleeping. She woke to them standing at the end of her bed.

They grabbed her as as she begged: 'Don’t hurt my babies. Don’t kill me. I'm a mother.'

To which one of the men responded: 'Kill her.'

There is now a question mark over whether Kemsley will be moving forward with the production today due to the incident.

So this happened just as the next season was getting ready, and might benefit from some free publicity? Hmmm.

The Wombat has Rule 5 Sunday: Danielle Rose Russell up on time at The Other McCain.
Posted by Fritz at 6:05 PM