Let's try something novel and start with real election stuff! From JTN's John Solomon, Georgia asks DOJ to investigate largest county over alleged destruction of election documents "Fulton County's elections chief fired two workers who were seen shredding the voter applications on Friday and then disclosed the problem to Secretary of State Brad Raffensperger's office earlier Monday, state officials said." Gee, more document destruction. It makes you wonder about what they're trying to hide, doesn't it? I'm sure Merrick will get on that as soon as he's done cowing all the errant PTA moms. Breitbart has  an Exclusive Excerpt from ‘Rigged,’ Mollie Hemingway’s New Book: ‘Strong Reason to Question the Legality of More Votes Than Margin Biden Won’ Georgia By, but then, we've known that for months. AllahPundit at Haut Hair whines that Steve Scalise won't say that the election wasn't stolen. Scalise is in good company, according to Paul Bedard at WaEx, Biden 2020 win ‘tainted,’ 56% say it was a cheater’s paradise, while Tom Rogers at Newsweek calls The U.S. ...  a Third World Country—Time for an Election Monitor. But I wouldn't trust the UN. Meanwhile (and also from John Solomon at JTN, Democrats press forward with non-citizen voting as Vermont emerges as newest battleground, "Cities in at least three states have authorized foreign citizens to vote, while Georgia ponders a constitutional amendment to ban it." I guess they're afraid US citizen won't vote for them.

Haut Hair cites David Drucker at the Vanity Fair in How Tom Cotton and Mitch McConnell plotted to undermine Trump's stolen election claims. It's possible this one is disinformation, too. At Da Wire, The Inside Account Of How Trump’s Pennsylvania Election Lawsuit Fell Apart and from Spencer Brown at Town Hall, Oh, So That’s What Happened to Trump’s Lawsuit in Pennsylvania. Spoiler; Rudy Giuliani blew a good case. He might be past his use-by date.

ABC whines that Trump boasted of crowd size at Jan. 6 riot, new book says. Just because it's in a book doesn't mean it's true, but it sounds like something he might say.  MB Dougherty at NR  (cited at Haut Hair if your out of free views like I am) says January 6 was no hoax. I don't think anyone said it was, but Russiagate was a hoax, and NR fell for it.

AB Stoddard at RCP, If Polls Are Right, Dems Are Doomed. If They're Wrong, It's Worse. Lamentations from Da Hill as Bleak midterm outlook shadows bitter Democratic battle. Guy Benson at Town Hall, Hoo Boy: New Focus Groups Spell Trouble for Democrats. Allah Pundit has Flop sweat: Dems are starting to panic about Biden's slide. Even Jon Stewart says Trump has 'a very good chance' in 2024 (Da Hill), and he's not happy about it. Regarding the Virginia governors race, Smitty at The Other McCain is inspired to poetry, Terry Wary, Sig is Scary, Next Month’s Vote, Might Not Carry 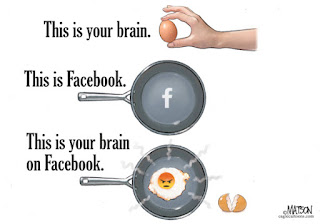 Althouse wonders "Why Are Moms Like Me Being Called Domestic Terrorists?"

Are you kidding me? I read the classic Critical Race Theory textbook in law school. I would much prefer to have my children read that impenetrable tome than be subjected to the ideological grooming that takes place in their classrooms — a phenomenon that I and parents across the country witnessed over Zoom this past year-and-a-half.

Why should our children — in class, in front of their peers — be required to discuss their sexual orientation? Give their pronouns? Renounce their “privilege”? Plumbing children for this kind of personal information is grotesque and inappropriate, and it has everything to do with the worldview of Critical Race Theory...

[F]ew elected officials have publicly aligned themselves with parents — rich and poor and of every color — who are outraged that their children are being denied a decent education by ideological zealots. There will be no waivers for these moms and dads. These people — who dare to question the conventional wisdom, who are not so quick to submit to the powers that be — have no friends in high places. Instead, they are being treated as possible criminals....

Paula Bolyard at PJ Media say The State Does Not Own Your Children, despite their pretensions to the contrary. AMAC, The Empire Strikes Back: DOJ Death Star Aims at Parents. In one of the cases used to sic the DOJ on parents, Loudoun County Schools Tried To Conceal Sexual Assault Against Daughter In Bathroom, Father Says "Father in viral video of school board arrest says his daughter was raped in school bathroom." By a boy in a skirt. 'Bonchie' at Red State, also recants the tale of the Horror in Loudoun County Implicates Local and Federal Officials

Smith was given a no-trespassing order prior to the meeting that forbids him from telling his story. This was all part of an elaborative cover-up by the school district to not publicize the rape of his daughter. In fact, when Smith showed up at the school to complain about what had happened, they essentially accused him of lying and called the police, not on the transgender rapist, but on Smith himself for causing a scene. Luckily, he was able to get his daughter a rape kit that evening that confirmed the crime. 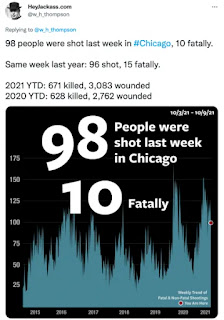 Insty,  BUT PARENTS SPEAKING OUT AT SCHOOL BOARD MEETINGS ARE THE REAL THREAT ->