#HerToo, Except When Her Career is at Stake 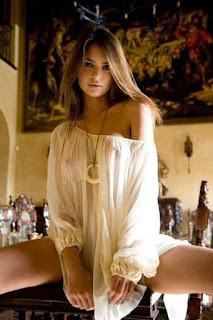 “I was an unknown model, and if I had spoken out or complained, I would not be where I am today; I would not be famous,” Ratajkowski, 30, told the mag at the CoinGeek Conference cocktail party Monday.

The Sports Illustrated stunner said she decided to detail the alleged incident in her book because she has evolved over the years and hopes her fans will understand.

I understand. Your feelings about being groped are contingent about how much it benefits you later. That's natural. 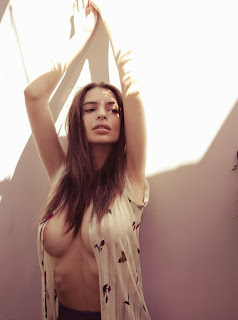 Published in the Sunday Times, the excerpt from Ratajkowski’s memoir claims that Thicke groped her bare breast while shooting the 2013 music video that would launch her to fame.

“Suddenly, out of nowhere, I felt the coolness and foreignness of a stranger’s hands cupping my bare breasts from behind. I instinctively moved away, looking back at Robin Thicke,” she writes in the book, set to be released next month.

You can find the "unrated" version of the video here. But it seems to move around a bit. 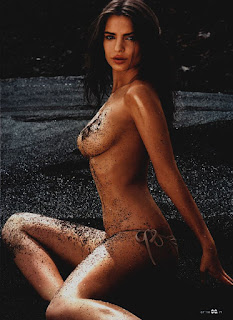 “He smiled a goofy grin and stumbled backward, his eyes concealed behind his sunglasses. My head turned to the darkness beyond the set. [The director, Diane Martel’s] voice cracked as she yelled out to me, ‘Are you okay?’” the book states.

Martel confirmed the incident, according to the Times’ report, and said she didn’t believe Thicke would have done it “had he been sober.”

Drunk guy gropes girl who has been (quite literally) parading around topless in front of him. He shouldn't have done it, but it's not exactly the crime of the century.

I wonder if she would have even bothered writing about this if Donald Trump had been elected President.  #MeToo was a poorly directed fleet of torpedoes aimed at President Trump, and the miraculous thing is how many circled back and hit ships from the same side.