Winegrad: Bay is in Crisis 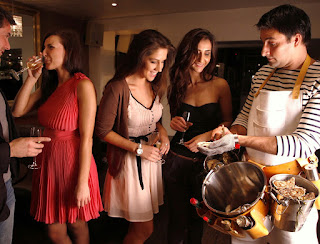 The Annapolis Fish Wrapper, Gerald Winegrad: The Chesapeake Bay is in a full-blown crisis  I'll skip to the good part:


Oyster populations are at 1% of historic levels: Despite the expenditure of more than $350 million in federal and state funds, the oyster population remains a collapsed fishery. About 80% of historic oyster reefs in Maryland are non-productive due to excess sediment smothering them. The bay states’ pledge to increase oyster populations by 10-fold by 2010 was abandoned when there was barely any increase. Oysters are a keystone species responsible for filter-cleansing bay waters and serving as the Chesapeake’s coral reefs. 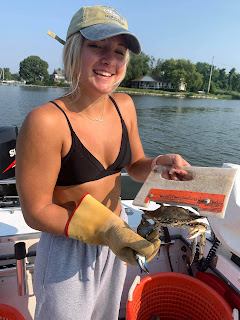 Blue crab numbers have plunged: The number of juvenile crabs dropped this year to their lowest level in the 32 years of surveys, down 54% from last year. The adult male crab population declined to nearly half of the long-term average. The total number of crabs fell 30% to the fourth-lowest level ever recorded and only one-third the population 30 years ago. As crab prices skyrocket, fishing pressure increases while the Department of Natural Resources refuses to act to restrict harvest leaving Virginia to follow suit. 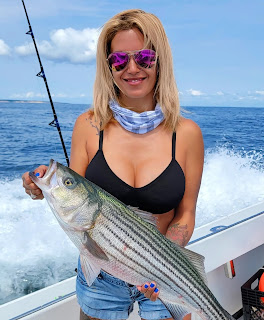 Rockfish are in trouble: The rockfish, or striped bass, was saved from collapse by a Maryland moratorium from 1985 to 1990 that led to federally imposed restrictions. Overharvest and other factors have again brought this important fish to the precipice of collapse. The DNR has failed to reduce commercial landings of rockfish recently. 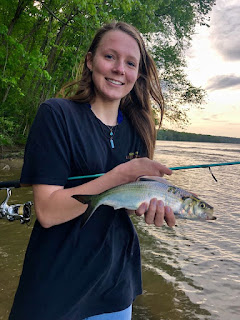 The shad fishery is collapsed and closed: The bay states pledged in 2000 to bring back shad so at least 2 million of them would reach the Conowingo dam for spawning. That goal was abandoned when shad numbers were consistently below 3% of that goal. Despite the Maryland DNR declaring the shad a commercially endangered species and closing the fishery 40 years ago, the shad population is still collapsed and nowhere near recovery.

Bay grasses have radically declined: Underwater grasses declined in 2020 to the lowest level since 2013. The 62,169 acres were just below the level of 30 years ago despite the bay states’ pledging in 2000 to achieve coverage of 185,000 acres by 2010. A pristine Chesapeake Bay may have supported 600,000 acres of underwater grasses. These plants are extremely important for many other species, such as blue crabs, serving as their nurseries. They also prevent erosion, hold back sedimentation, and soak up nutrients.