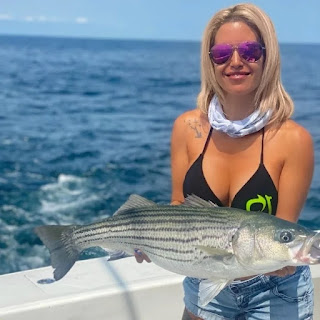 Striped bass catches were down along the Atlantic coast last year, an early sign that tough regulations imposed across 15 states are helping the species recover from years of overfishing.

A new report from the Atlantic States Marine Fisheries Commission estimates that in 2020 nearly 5.1 million striped bass were “removed,” a figure that includes commercial and recreational catches as well as those that likely died after being caught and released. 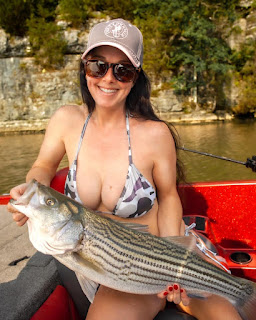 1990 was the end of the Striped Bass moratorium in Maryland and Delaware.

In 2019, the Atlantic States commission, which manages estuary and near-shore fisheries from Maine to Florida, mandated that each state cut its commercial quotas by 18% compared with 2017 levels, and it limited recreational fisherman to taking home one fish per day.

Commercial and recreational fishermen significantly surpassed the 18% target, reducing removals by a total of 28% in 2020, compared to 2017, according to an annual status update unveiled at the commission’s Aug. 3 meeting. Ocean removals were down even further, dropping 33%. 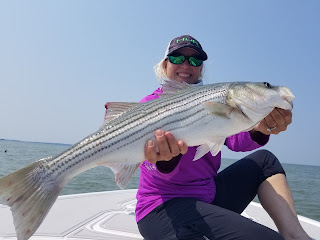 My question to managers is whether the decline in catch is due to decreased pressure, caused both the new regulations or the scarcity of fish. The former is good news, the latter bad. Of course, as usual in biology, both answers may contribute. Unfortunately, the data for the management of Stripers, like most fish, is well behind the actual events.

The report shows that the recreational sector last year accounted for 88% of total removals, with more than 1.7 million fish harvested and another 2.8 million assumed to have died after being released. The commercial sector removed a total of nearly 600,000 fish.

There's a lot of dispute over this number. Striper mortality from fish caught in fresher, and warmer water is pretty high, but it also depends on the gear used. But the managers pretty much assume 10% mortality of all fish caught and released.

The Wombat has Rule 5 Sunday: Rebecca de Mornay ready at The Other McCain.