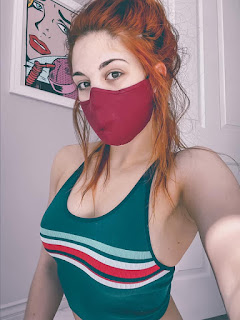 Jeff Reynolds at PJ Media, Oregon Vaccine Mandate Could Lead to Mass Exodus of Firefighters and Paramedics Across the State


On August 19, Oregon Governor Kate Brown announced sweeping new mandates in response to the delta variant of COVID-19. The new order, administered by the Oregon Health Authority (OHA), mandates masks in all indoor and outdoor settings, regardless of vaccination status. The mask mandate exempts the homeless, children under five years old, people engaged in competitive sports, and those delivering an outdoor speech or performance. The Democrat governor also mandated COVID-19 vaccines for all health care workers, along with teachers and staff in K-12 across the state. The mask mandate took effect on August 19. The vaccine mandate must be completed by October 18, or affected workers would face the prospect of termination.

Just two weeks prior, Brown had announced that school districts would retain local control over health care mandates, and health care workers would maintain their personal choice over the vaccine. 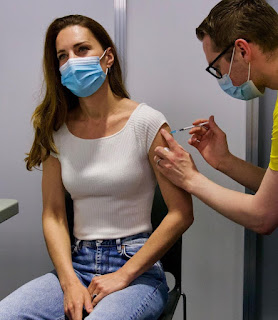 The mandate applies to paramedics and firefighters across Oregon and has caused a firestorm of controversy among rural fire departments. In Aurora, the fire chief said he would rather lose his job than require his employees to receive the vaccine:

The chief of the Aurora Fire District says he would sooner be fired than enforce the new statewide mandate requiring health care workers — including firefights [sic] who also serve as front-line EMTs — to get vaccinated for Covid-19 by Oct. 18.

“This mandate is un-American, as our state government has been weaponized to the point where people are afraid to take a stand,” Williams said. “I will no longer sit silently on the sideline and watch this happen. I love my job, I love the fire service, and more importantly, I love the people that I work with and serve.”

“I will not abide by the governor’s mandate. Additionally, I will not enforce this mandate on any member of this fire district. In the old America, we used to have choices. Frankly, I do not recognize the country that I live in right now.”

Williams also noted that 25% or more of the firefighters in his district would also quit to avoid a vaccine mandate. He said this would devastate the ability of the Aurora Fire Department to respond to emergencies.

It seems to me that WuFlu vaccines have become an unnecessary source of cultural friction in the US. It seems to me that for the left has decided, like gun control we all must be vaccinated, whether we agree with their risk calculations or not, and those damn conservatives are mucking things up by not complying with our completely reasonable demands that the receive a vaccine that may or may not have been thoroughly vetted. And a lot of conservative have taken the contrary position that they don't trust the pharmaceutical industry, and/or the government, and they're not gonna take the damn jab no matter how many liberals call them names or nag.

The data clearly show that for adults older than about 30, the vaccines are a statistical benefit; you're far more likely to suffer harm from the disease than from the vaccinations. Somewhere between the age of 10 and 30 the calculations change, with the rate of harmful effects from the vaccines (particularly the heart issues) outweighing the pretty rare cases of serious illness in the young. Below that age, in a rationale world (we don't live in one) most children probably don't need, and shouldn't be given current vaccines. They will almost all get WuFlu eventually, and gain real immunity, which is apparently far stronger than the vaccine induced "immunity". Us old farts will probably need to rely on vaccines to prevent serious illness until the dominant strains mutate to something less virulent, or the vaccine allows us to catch a non-life-threatening case and build lasting immunity.