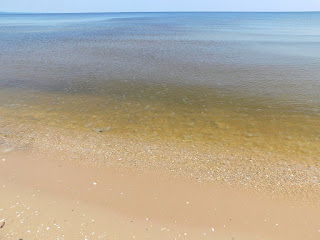 I've never see the Sea Nettles this bad, and that's saying a lot. I think they were being blown into shore and then trapped against the jetties, but still, that's a lot of damn jellyfish. 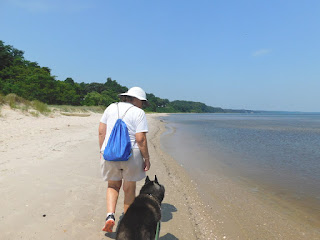 It was about about 90 F, under clear skies, with an occasional breeze to help. 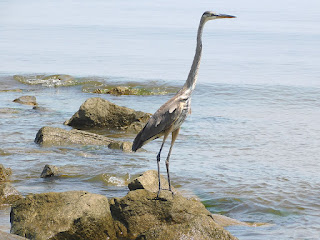 It didn't seem the bother the resident Great Blue Heron much; he thought about flying away as we passed his rocks, but then changed his mind. 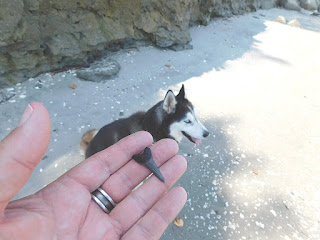 The best of 35 teeth, a crab claw, a drum's tooth and a couple of tilly bones. I'm going to call it a Mako shark tooth until somebody tells me differently; even Fossilguy leaves me in doubt between a true Mako and a White Shark lower. 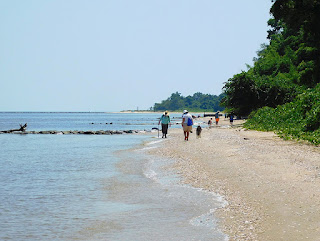 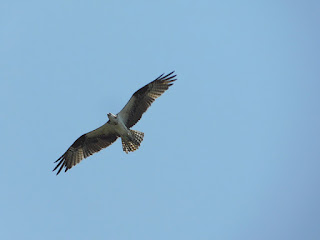 The Ospreys were pretty busy fishing today, there were 4 in the air at one time over Long Beach. Only two short months left to raise the kids, teach 'em to hunt and kick them out of the nests.  If only I knew where the nests were.