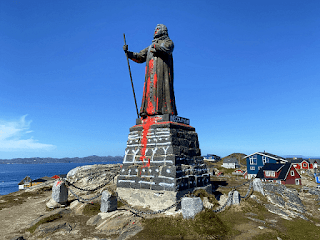 
People in Nuuk, Greenland, have voted overwhelmingly against removing a statue vandalised by activists.

In June, the clifftop statue of Norwegian missionary Hans Egede, who founded Nuuk — then known as Godthåb — and became Bishop of Greenland in the 1700s, was smeared with red paint and the slogan “DECOLONIZE”, prompting the authorities to organise a referendum on the monument’s fate. 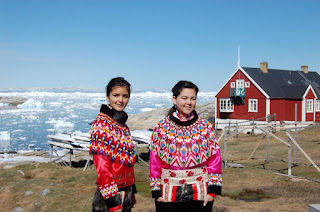 But, despite the fact that Greenland, a territory of Denmark with a large degree of self-government — for example, it voted to leave the European Economic Community, as the European Union then was, in the 1980s, in large part to stop the bloc from controlling its territorial fisheries — is populated mainly by Greenlandic Inuits, with Danes and other Scandinavians accounting for less than 10 per cent of the population, the public voted overwhelmingly to keep the statue. 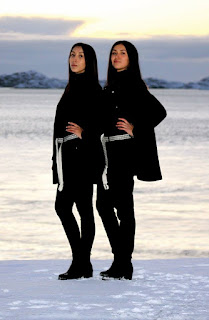 Voters who wished to maintain Egede’s monument as an important part of Greenland’s built heritage took over 60 per cent of the votes cast.

The poll marks one of the only times, if not the only time, the public have been given a direct say over historic monuments deemed “problematic” by left-liberal activists in the wake of George Floyd’s death in the United States, which has spawned a movement which has progressed rapidly from protesting police brutality to demanding the political and sometimes physical dismantling of Western institutions and symbols. 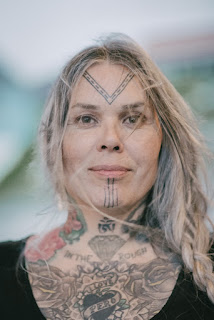 Greenland has an interesting history. It's northern area was populated from 2500 BC, if you could call it that, by a non-Inuit (read Eskimo) culture called the Dorset from North America when the Norse arrived in 986 AD. Inuit Thule people supplanted the Dorset by 1300 AD, and began to conflict with the Norse. The Norse abandoned Greenland, either due to shitty weather, or Inuit, whom they called Skrælings, depredations,(or both; why accept a choice when both can be true).


Greenland was not formally under the Norwegian crown until 1261. The Norse colonies disappeared in the late 15th century when Norway was hit by the Black Death and entered a severe decline. Soon after their demise, beginning in 1499, the Portuguese briefly explored and claimed the island, naming it Terra do Lavrador (later applied to Labrador in Canada).

In the early 18th century, Danish explorers reached Greenland again. To strengthen trading and power, Denmark–Norway affirmed sovereignty over the island. Because of Norway's weak status, it lost sovereignty over Greenland in 1814 when the union was dissolved. Greenland became Danish in 1814, and was fully integrated in the Danish state in 1953 under the Constitution of Denmark.

And how is the movement going in the US? Cut to Stacy McCain, Arson, Shooting in ‘Mostly Peaceful’ Protests Against Police Brutality


A Black Lives Matter protester has been shot dead during a march in Austin, as a youth detention center and police precinct have been torched in Seattle and demonstrators gather again in Portland amid stand-offs with Donald Trump’s federal agents.
One protester was shot and killed when gunshots were fired during a protest in downtown Austin, Texas, Saturday night.
Shocking footage showed people marching along the street holding banners demanding an end to police brutality and racism when loud shots rang out.
This comes as protests gathered steam across several US cities Saturday, two months on from the Memorial Day ‘murder’ of George Floyd and in a show of solidarity for Portland where demonstrators and federal agents have clashed ever since Trump sent federal troops in.
The president has so far deployed federal agents to Portland, Seattle and Chicago.
The streets of Seattle turned violent Saturday when protesters set fire to a youth detention center and a police precinct, leading cops to declare protests had turned into ‘riots’ that afternoon.
Portland geared up for its 59th night of unrest Saturday with swathes of demonstrators marching from the federal building to the Portland Marriott where they believe federal officers are staying, in the wake of a violent night Friday that ended with at least one person stabbed. . . .
Austin police confirmed that an adult male was shot and killed near an intersection in the city’s downtown around 9:52 p.m. during the protest Saturday night.
Social media footage shows demonstrators marching through the streets shouting ‘black lives’ and waving banners reading ‘BLM’ before several shots are fired. . . .
Initial reports indicate the victim was carrying a rifle and approached the suspect’s vehicle, who then opened fire fatally shooting the man. . . .
In Seattle, violence flared long before nightfall when people went on a rampage, torching buildings in the city, while a Wall of Moms and Vets took to the streets vowing to protect demonstrators from law enforcement.

This collection of rancid human debris is the Democratic Party “base.” These are Joe Biden’s core constituents. The question is, why would anyone want to surrender America to such vile scum?


The Wombat has Rule 5 Sunday: Summertime 2D Girls up and running as per normal.
Posted by Fritz at 11:10 AM