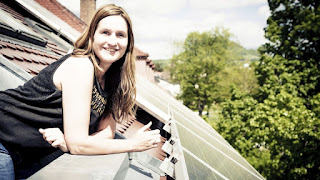 Who could have seen this coming? Comfortable middle class householders making money selling rooftop solar back to the grid, cash strapped governments greedy for new sources of revenue…


Rooftop solar panel owners could be getting charged fees to sell energy back to the grid
By Nick HarmsenPosted Thursday 16 July 2020 at 8:35pm
Householders with rooftop solar panels and batteries have reacted with fury to proposals which could see them charged for exporting power to the electricity grid.
Over the past decade, state governments have actively incentivised households to feed their solar into the grid, by offering generous feed-in tariff schemes. Most have now closed to new entrants.
But now, welfare groups and transmission company SA Power Networks (SAPN) have asked the Australian Energy Markets Commission to change market rules to allow charging of household exporters.
They argue that under the current system, households without solar could be unfairly burdened with the cost of augmenting power networks to cope with the increase of new panels, which is already placing a strain on the network in states with heavy solar penetration like South Australia. 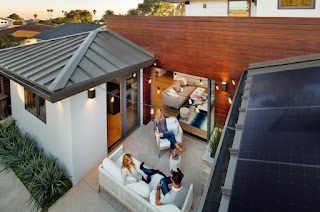 Solar owners furious
The idea has drawn a furious response from many solar panel owners, including Adelaide man Michael Preus.
“People will just disconnect them, and tell them to get stuffed, that’s what I would do,” he said.
Mr Preus said he had installed his household solar PV system to save money and help the environment, but was now questioning his investment.
“We’ll never, ever in our lifetime recoup our investment, the return is just not there.”
…Read more: https://www.abc.net.au/news/2020-07-16/rooftop-solar-owners-could-be-charged-to-sell-energy-to-the-grid/12461748

This move echoes the Spanish Government move to impose a “sun tax” in 2015, though they later cancelled the tax in 2018. Spain now encourages householders to invest in energy storage, “self consumption”, to avoid flooding the grid with power nobody wants, because solar power peaks at the wrong time of the day.

A friend of mine who works as an engineer at the local nuke plant, and is connected by marriage to the local electrical co-op used to rail about the laws that require the co-op to buy power from home owners roof top solar arrays, because it cost the co-op more to buy the power than they made back by selling it. It is also a potential electrocution threat to line workers, by feeding power back into lines that have nominally been shut off.