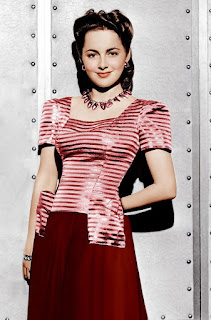 Legendary actress Olivia de Havilland received many tributes when she celebrated her 101st birthday on July 1. Appearing in 49 feature films spanning 1935 to 1988, she was Errol Flynn’s romantic partner in movies like The Adventures of Robin Hood, nominated for a supporting actress Oscar for Gone With The Wind (1935) and was the winner of best actress Oscars for To Each His Own (1946) and The Heiress (1949). Also noted were her successful efforts to break the old studio system, known as the studio-contract system, where actors were bound to work solely for the company that had signed them.

Chafing against the inferior roles she believed Warner Bros. was giving her, she sued the firm in 1943. It was, The Los Angeles Times noted, a “landmark lawsuit that altered the business of Hollywood forever” resulting in the collapse of the long-term contract system by which Hollywood operated. In her honor, it is referred to as “the De Havilland Law.” 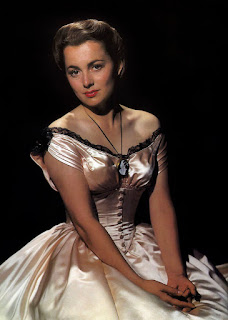 But she received little recognition for the other important political battle she fought and won—ending the alliance of Communists and liberals in Hollywood. During WWII, the United States and the Soviet Union were allies in the war against fascism and liberals and Communists worked together to support the war effort and the Roosevelt administration.
. . .
The break between the liberals and Communists finally came in a major speech delivered to HICAASP by Olivia de Havilland, who was also a member, at a Seattle rally in 1946. 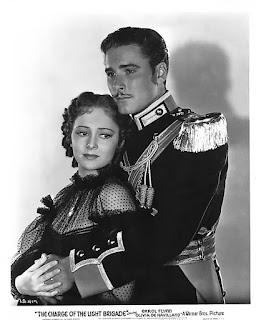 It had been written for her by the Party’s most prolific and highest-paid screenwriter, the legendary Dalton Trumbo, recently the subject of a Hollywood biopic in which he was played by Bryan Cranston. Urbane, witty, volatile and possessed of boundless energy, Trumbo was a larger-than-life eccentric who stayed up late into the night writing his screenplays while soaking in his bathtub.

He gave de Havilland the draft of his speech, in which she would tell the HICAASP audience in Seattle that Americans had to condemn “the drive of certain interests toward a war against the Soviet Union,” and that the Truman administration’s policy was one supporting union-busting, anti-Semitism and bigotry against racial minorities. 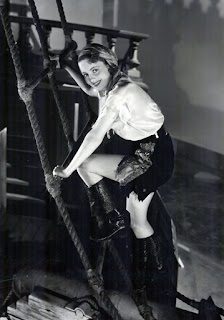 Well, he was a Democrat, after all.

Without telling anyone in advance, de Havilland, horrified by the words Trumbo wanted her to mouth—went to the podium, and substituted a speech of her own. In it she underlined the significant differences between those she termed genuine liberals and Hollywood Communists. From 1932 to 1945, she told the audience, a “coalition of all liberal and progressive forces” made up a sizable majority of the New Deal. But in the postwar era, “reactionary forces” have driven a wedge into the liberal coalition” and were trying to make it appear “that the great liberal movement is controlled by those who are more interested in taking orders from Moscow and following the so-called Party line than they are interested in making democracy work.” To prove otherwise, she said, it was the duty of liberals to distance themselves openly from both Moscow and the American Communists. 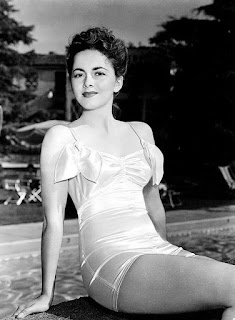 “We believe in democracy,” she told the crowd, “and not in Communism.” She reminded them that the Communist Party had endorsed Roosevelt for re-election in 1944, and that he publicly repudiated that endorsement. Today, she acknowledged, “Communists frequently join liberal organizations. That is their right. But it is also our right to see that they do not control us, or guide us… or represent us.”

She was brave in breaking ranks so publicly. Communists controlled the Screenwriter’s Guild and were influential in the Screen Actors Guild as well, and were known to avoid giving roles to actors or scripts to writers whom they considered “fascist.” Moreover, in breaking so publicly, she risked losing associates and friends who thought the Hollywood Reds were just “liberals in a hurry” and sincere anti-fascists—many of whom would ostracize someone they considered to be a “Red-baiter.” 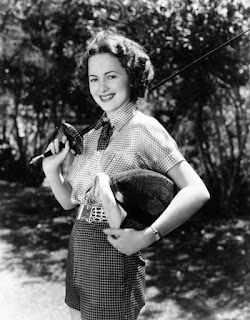 Trumbo exploded in a fit of rage when he heard what de Havilland had done. He wrote to the HICAASP board listing everything she had taken out from his speech, especially his condemnation of the Truman administration for following an anti-Soviet policy. “One fifth of the speech” she gave, he complained, was a “denunciation of Communism” with no mention of the danger of “fascism” and no trace of “my unfriendly references to it.” By omitting his pro-Soviet words, Trumbo wrote, the speech had degenerated into an exercise in “Red-baiting.”

Following de Havilland’s lead, board member James Roosevelt stood up at a board meeting and said he was concerned that HICAASP was being accused of being a Communist front organization. To counter the allegation, he said that they should write a statement that they were opposed to Communism. Also present was HICAASP member Ronald Reagan, who also spoke up demanding a repudiation of Communism. Pandemonium ensued and Reagan was quickly denounced as a “witch-hunter” and of course, a “Red-baiter.” 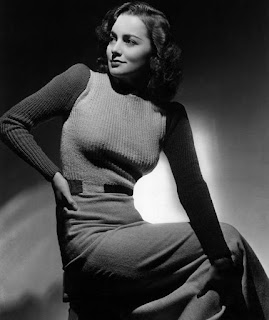 After the board meeting, James Roosevelt and producer Dore Schary convened at De Havilland’s apartment to discuss what had just happened. She proposed a resolution for the group: “We affirm our belief in free enterprise and the democratic system and repudiate Communism as desirable for the United States.” When it came before the executive committee of HICCASP, her vote was the only “aye” in favor of the resolution. Reagan, who was present, resigned that evening, and James Roosevelt soon joined him, saying the group had lost its “character of independence.”

A bit later, writing in the July 1946 issue of Life, the nation’s premier mass circulation magazine, Arthur M. Schlesinger Jr., a left-wing liberal, wrote that HICAASP was clearly a Communist front, and because of his own pro-New Deal record, the charge hit hard.


Before long, the group deteriorated to a membership largely made-up of hardcore Communists, and tried to function as a support group to the fellow-traveling campaign for President in 1948 of Henry A. Wallace, whose “Progressive Party” was under Communist control. Lacking any real power or influence, it soon disbanded.

On Olivia de Havilland’s 101st birthday, she should be remembered for being the first Hollywood liberal to publicly expose and to call for an end to the alliance with Communists and fellow-travelers. She asked Hollywood actors to choose between being advocates for liberal democracy, and giving support to the Soviet Union’s line during the start of what became the Cold War. That effort deserves to be celebrated, and de Havilland praised for her courage and the integrity of her action.

The Wombat has Rule 5 Sunday: Summertime 2D Girls up and running as per normal.
Posted by Fritz at 5:49 PM