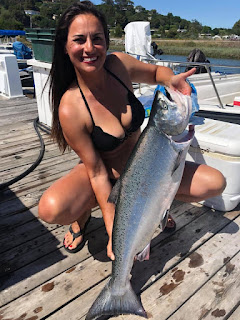 
Norwegian company AquaCon plans to begin construction next year on a $300 million aquaculture facility on Maryland’s Eastern Shore, where it said it will produce thousands of tons of salmon every year and employ hundreds of people.

Eventually, the company said it plans to invest almost $1 billion to open three such salmon farms on the Delmarva Peninsula by 2027, though it still is working to secure financing for the project.

AquaCon officials said they chose Maryland because of its history of seafood production, proximity to lucrative seafood markets, access to large amounts of fresh water needed for salmon farming, and a partnership with researchers at the University of Maryland, Baltimore County, and the Institute of Marine and Environmental Technology in Baltimore’s Inner Harbor. 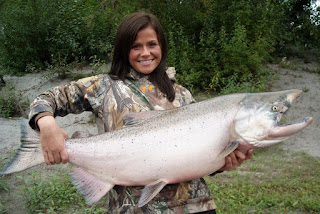 There, Yonathan Zohar and colleagues have for two decades been researching sustainable aquaculture methods and technologies that AquaCon and other companies could license.

Zohar, a professor of marine biotechnology at UMBC, said the project could create a significant opportunity to reduce foreign imports of Atlantic salmon and instead establish a domestic hub for one of the world’s most popular seafood products. Commercial fishing for Atlantic salmon is prohibited in the United States, which imports about half a million tons of salmon every year.

“Why not produce this amount of Atlantic salmon in the United States, instead of importing this huge amount of fish?” Zohar said. “It’s a major investment.” 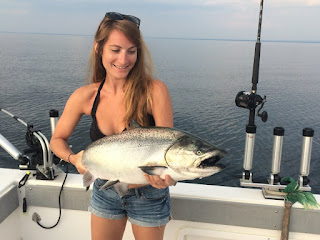 AquaCon says it could begin harvesting salmon from its first Maryland plant, planned for Federalsburg in Caroline County, in 2024, and open its second and third planned facilities in 2025 and 2027. Each plant would be capable of producing 15,000 tons of fish a year.

Farm-raised salmon traditionally have been produced in seaside cages and nets, but AquaCon’s Maryland project would be among a growing number of operations launched over the past year or two using technology that recirculates water through large systems of tanks on land. 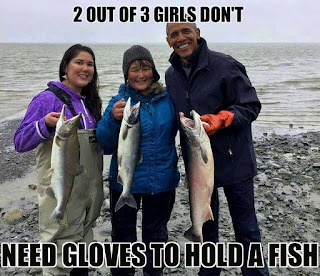 So giant facilities, using lots of fresh water from the Choptank River, which is the watershed for most of Caroline County. I hope they treat that water well before putting it back. Aquaculture is notoriously dirty, since fish make fish shit, and concentrated fish make concentrated fish shit. I would guess that water needs cooling, a least half the year (it may need warming the other half, to keep growth rates up). I question the practicality of this, but I suppose we'll find out.

FWIW, Atlantic Salmon is listed as a Chesapeake Bay fish in the classic book "Fishes of Chesapeake Bay" not because the fish spawn in the watershed (they don't) but a few sea going adults wander into the mouth of the Bay in the colder months from their more common haunts in the northeast. A single Coho Salmon, a western salmon, but widely transplanted into the northeast and Great Lakes, has been caught in Virginia.

I wouldn't mind having salmon in the Bay.
The Wombat was a little late with Rule 5 Sunday: Kelly Preston, RIP, but he's back with a new 'puter