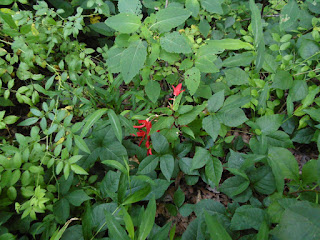 I noticed a splash of bright red color among the Jewelweed, poison ivy and Trumpet Vine on the way to the beach today.  At, I thought it might be trash, but a closer look revealed a flower I have never seen before. 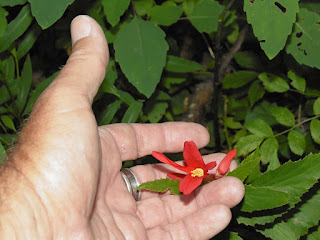 Skye let me get closer to take a picture. I still don't know what it is, but the central column of pistils puts it in the Mallow family, like a Hibiscus. 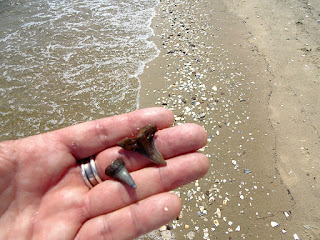 Pretty warm at the beach, even though we got down there early. We did well on shark's teeth, with 30 in all. Georgia found the Mako, while I found the really spectacular Snaggletooth on a crowded beach at Matoaka.  Blurry of course, because the camera stubbornly refuses to focus on the hand instead of the shell hash on the beach. 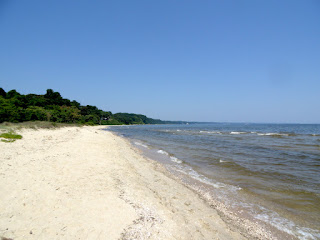 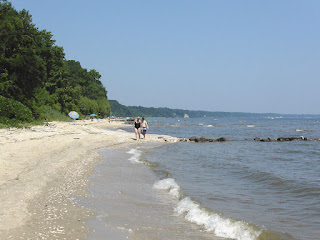 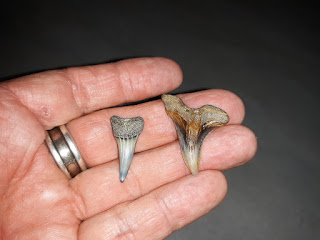 A better shot of the two teeth at home, with a flash.
Posted by Fritz at 2:40 PM