They Chose the Wrong Lunch Counter


Members of the Fordham University College Republicans were asked to leave an on-campus coffee shop because their MAGA hats apparently violated the shop’s “safe space policy.”

In a video obtained by Campus Reform, the self-identified president of Rodrigue’s Coffee House, a coffee shop run by a student club, is seen telling the College Republicans they have five minutes to get out of the coffee shop.

"This is a community standard—you are wearing hats that completely violate safe space policy. You have to take it off or you have to go."

“I am protecting my customers,” the president said.

“We are your customers, we bought something,” a CR member replied. 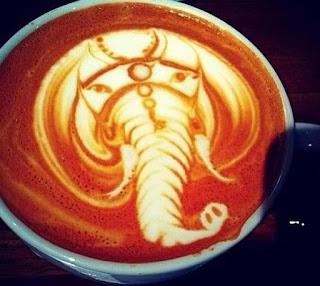 Do these kids study history at all?

Just imagine if they asked to make a cappuccino with foam elephant.

A student then asked for a refund, to which the president responded, “[y]ou had some coffee… do not try to outsmart me.”

“You are threatening the integrity of our club. This is a community standard—you are wearing hats that completely violate safe space policy,” she said. “You have to take it off or you have to go.”

One of the students then asked the president to explain what she thinks the MAGA hat stands for, to which she replied, shouting: “Fascism, Nazis! You have three minutes.”
. . .
A glowing 2013 profile in The Fordham Ram begins by declaring that Rodrigue’s is “open to all,” even reiterating that the shop “is the only on-campus club that provides a daily, tangible service to all members of the Fordham community through low-priced, organic and Fair-Trade coffee drinks as well as an open community space.”

So they want to impoverish the indigenous coffee growers, too? Fair Trade Coffee - Another Green Scam


The article does note, however, that the student volunteers who work at the shop were aware at the time that some students perceived them as “unfriendly hipsters.”

“We went there because we wanted to test the unwritten rule that conservatives were banned from that coffee shop,” one CR member told Campus Reform. “We went there and just started doing some homework and studying. Then we were asked to leave.

The student trying to expel the Republicans should be expelled from school, and their business should be sued out of existence.
Posted by Fritz at 6:05 PM