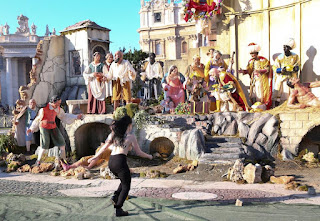 
An activist for FEMEN, a misguided Ukranian feminist outfit, the protester was tackled and covered by Vatican police before she could run off with baby Jesus. Reuters reports:


A topless activist from the feminist group Femen tried to snatch the statue of the baby Jesus from the Nativity scene in St. Peter’s Square on Monday but was stopped by police as she grabbed it.
A Reuters photographer said the woman jumped over guard rails and rushed onto the larger-than-life Nativity scene shouting “God is woman”. She had the same slogan painted on her bare back. 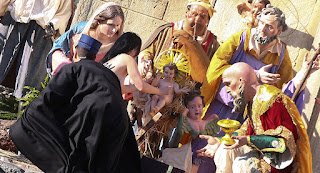 Curious that a Ukrainian woman protesting in the Vatican, surrounded by Italy has her slogan written in English, isn't it? Almost like the Vatican is not the intended target.

A Vatican gendarme stopped her from taking the statue and she was detained. The incident happened about two hours before Pope Francis delivered his Christmas message to some 50,000 people in the square.
The group’s website identified her as Alisa Vinogradova and called her a “sextremist”. It says the goal of the group, which was founded in Ukraine, is “complete victory over patriarchy”.

FEMEN activists consider their breasts the ultimate protest weapon and their goal is simple: complete victory over the patriarchy, according to their website . . .

However, this is not the first year Femen has attempted the baby snatch:


Anyway, FEMEN tried the same stunt back in 2014 with similar results, though better photos. . .

If I was the Vatican cops, I'd have a roomful of baby dolls to bring out one after another if necessary. I'll bet they can have more dolls than Femen can sneak women into the the crowd.

Wombat-socho has "Rule 5 Monday: Linda Ronstadt" and "FMJRA 2.0: I Can’t Let Go" ready at The Other McCain. 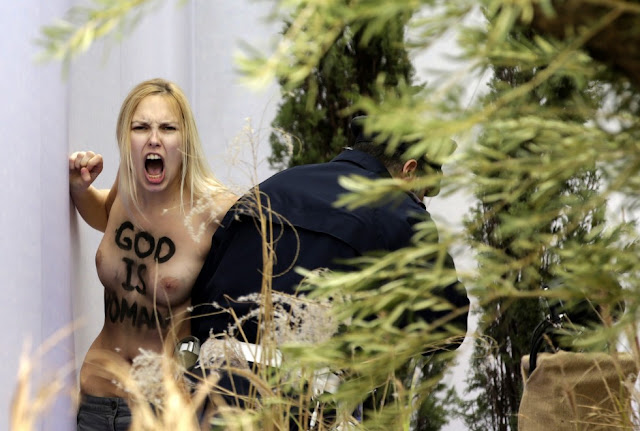 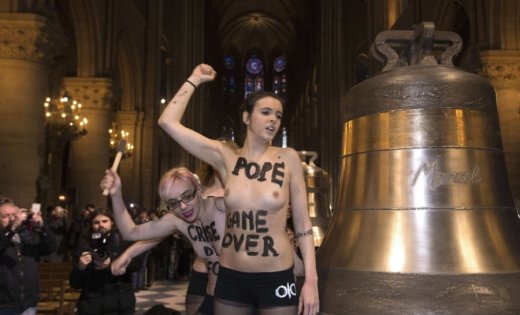 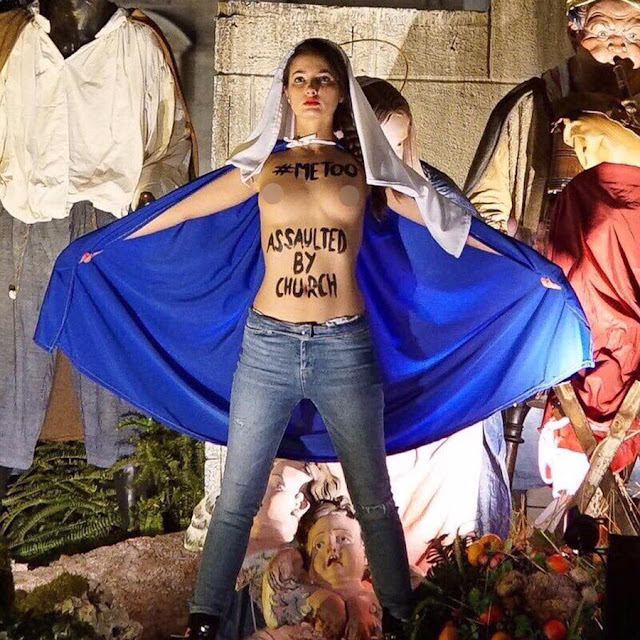 Femen has been protesting at the Vatican since at least 2011: