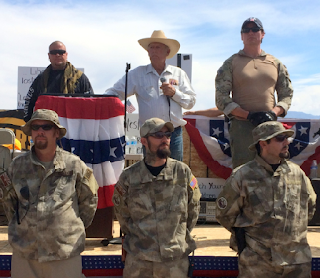 
A federal judge Wednesday declared a mistrial in the prosecution of Nevada cattleman Cliven Bundy, his two sons and a co-defendant, citing the government's "willful'' failure to turn over multiple documents that could help the defense fight conspiracy and assault charges in the 2014 Bunkerville standoff.

"The court does regrettably believe a mistrial in this case is the most suitable and only remedy,'' U.S. District Judge Gloria M. Navarro declared, issuing her ruling from the bench before a packed courtroom. 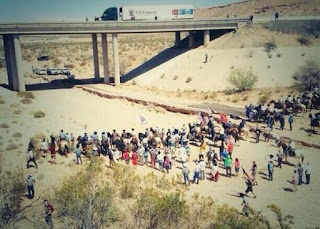 The judge listed six types of evidence that she said prosecutors deliberately withheld before trial, including information about the presence of an FBI surveillance camera on a hill overlooking the Bundy ranch and documents about U.S. Bureau of Land Management snipers outside the ranch.

The others were maps, an FBI log with entries about snipers on standby, threat assessments that indicated the Bundys weren't violent and that the Bureau of Land Management was trying to provoke a conflict by antagonizing them and nearly 500 pages of internal affairs documents involving lead bureau special agent Dan Love, since fired from the agency. 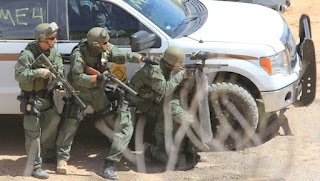 The material, the judge found, would bolster the defense stance that defendant Ryan Payne put a call out for support because the Bundys feared they were surrounded by snipers and felt isolated in early April 2014 before the standoff with federal rangers and officers on April 12, 2014. The federal officers were carrying out a court-ordered roundup of Bundy cattle for failure to pay grazing fees and fines for two decades.

The information also would help refute the government's indictment that alleged the defendants used deceit to draw supporters by "falsely'' contending snipers were posted around the ranch.

"The failure to turn over such evidence violates due process,'' the judge said.

The temptation of the FBI and prosecutors to cheat and not turn over exculpatory evidence is extremely strong, after all, they know in their hearts that the guy is guilty. It must be resisted, even if it requires loss of jobs and prison time. This kind of conduct is dishearteningly common.