What to do with invasive species? Put ‘em on the menu: Restaurants tell a sustainability story with wild blue catfish, but new regulations could be an issue 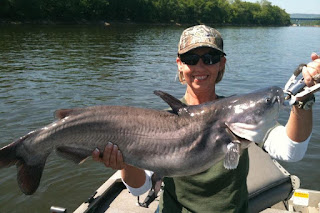 Sourcing fish sustainably can be a difficult challenge for restaurant operators, but some chefs are going beyond that. They’re not just using seafood caught responsibly from healthy fisheries, or farmed fish raised without damaging the environment. They are working to cut down on the populations of invasive species by feeding them to their customers.

That’s what’s happening with the wild blue catfish of the Chesapeake Bay area.

These large fish indigenous to the Mississippi, Missouri and Ohio river basins were introduced as sports fish to the James, Rappahannock and York rivers in Virginia — all tributaries of Chesapeake Bay — in the 1970s and ’80s, according to the Chesapeake Bay Program, an organization formed in 1983 to help restore the environment of the area. 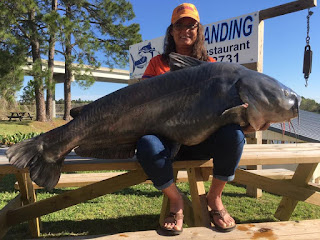 With few natural predators in the Chesapeake area, the population of the fish has exploded, making for great fun for sports fisherman who regularly catch specimens of 20 pounds or more. It’s less fun for local, delicious species such as shad and blue crab, which the blue catfish eat in large numbers.
. . .
Blue catfish isn’t an easy sell in the western United States, said Andrew Gruel, founder of 10-unit Slapfish, based in Huntington Beach, Calif. 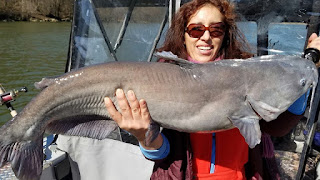 Using sustainably sourced seafood is part of Slapfish’s mission, and Gruel buys it at a premium from the conservation-focused supplier Sea to Table.

“It’s an interesting story,” Gruel said. “It kind of has a sexy spin to it. Eating the hell out of this species to save another species is interesting.”
And he agrees that it tastes good. 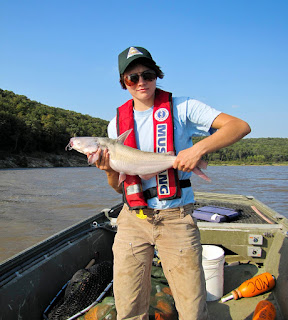 “It eats differently than a classic channel catfish,” he said. “Because it’s a cleaner flavor we don’t need to fancy it up. It’s just a great, simple taco fish. … But it’s hard to sell because people hear ‘catfish’ and think of a different species than what it is.”
Also, calling it “blue” is a marketing challenge. “People immediately go to blue Gatorade or blue gumballs.”

He said if he offers it in tacos, po’ boy sandwiches or po’ boy burritos people will eat it, but given a choice, his customers don’t choose catfish.

A great fighting fish, a good food fish, and despite a lot of smoke, there's really not much evidence that they are having a negative impact on population of native fish.

Wombat-socho has "Rule Five Sunday: Snow Bunnies" up and at 'em.
Posted by Fritz at 6:11 PM