Having “won” the climate-change argument (at least in their own minds), the Anointed have grown bored with it and have moved on to new ideological crusades, including the cause of transgenderism. Let the reader think back five years or so, to the time of the 2012 presidential campaign, and ask: Did anyone in either party signify that transgender rights were at stake in the re-election of President Obama? Of course not. If Obama ever mentioned the word “transgender” in 2012, I overlooked it, and I covered that campaign from start to finish. Nor did Mitt Romney (or any of his rivals for the GOP nomination) argue that Obama’s re-election would be interpreted as a mandate for the imposition of a transgender rights regime in American public life. Yet here we are, in 2017, and transgenderism is making headlines every day, with an especial push to promote this to school children, and the loudest opposition to this agenda is from radical feminists. What happened?
. . .
The emergence of the transgender issue caught many people by surprise, and no sooner had the issue become apparent than opponents of this agenda discovered that they were already facing an elite consensus. Little noticed, activists had been working for years to recruit support in academia and journalism for the transgender agenda, especially including “transition” for young children. The rhetoric of civil rights was deployed in favor of this agenda, so that if you disagreed or disapproved, you were a hateful bigot, analogous to Bull Connor siccing police dogs on unarmed protesters in Birmingham. Conservatives have long since become accustomed to such smear tactics from the Left — as Peter Brimelow remarked, the modern definition of racist is “someone who is winning an argument with a liberal” — but feminists have been shocked to find themselves accused of “hate” for opposing the transgender cult. 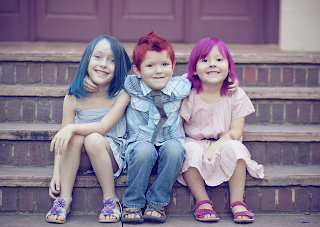 Liberals need to feel outraged about something. If they can't find something important like war, they'll pick something trivial like the 0.3% of people who are transexual, or the apparent rise of temperature of less than 1 C over the last 100 years.

I don't really care what adults do with their bodies, but the constant drum beat is catching susceptible kids and teens up. A lot of them are going to regret it when the kerfuffle dies down, as it inevitably will.

Linked above the line in Pirate's Cove's weekly "Sorta Blogless Sunday Pinup" and links.
Posted by Fritz at 7:52 AM