Now, That Was a Sex Scandal! 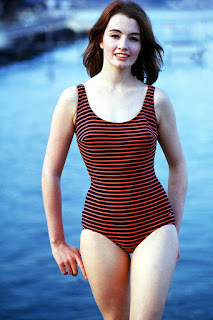 
Christine Keeler, the former model at the centre of the Profumo affair that shook British politics in the 1960s, has died aged 75, her family and a close friend have said.

Keeler, then a teenage model and showgirl, became famous for her role in the 1963 scandal that rocked the establishment when she had an affair with the Tory cabinet minister John Profumo and a Russian diplomat at the same time at the height of the cold war. Profumo was eventually forced to resign after lying to parliament about the affair.

Keeler’s son, Seymour Platt, 46, told the Guardian she died on Monday at the Princess Royal university hospital in Farnborough: “My mother passed away last night at about 11.30pm,” he said on Tuesday. . . 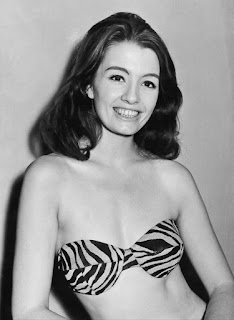 More on the scandal aspect from Wikipedia


The Profumo affair was a British political scandal that originated with a brief sexual relationship in 1961 between John , the Secretary of State for War in Harold Macmillan's Conservative government, and Christine Keeler, a 19-year-old would-be model. In March 1963, Profumo denied any impropriety in a personal statement to the House of Commons, but was forced to admit the truth a few weeks later. He resigned from the government and from Parliament. The repercussions of the affair severely damaged Macmillan's self-confidence, and he resigned as prime minister on health grounds in October 1963. His Conservative Party was marked by the scandal, which may have contributed to its defeat by the Labour Party in the 1964 general election. 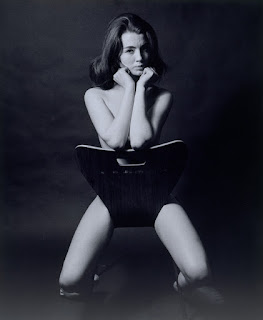 EBL has a more complete pictorial: One NSWF pic from a later photoshoot.

When the Profumo–Keeler affair was first revealed, public interest was heightened by reports that Keeler may have been simultaneously involved with Captain Yevgeny Ivanov, a Soviet naval attaché, thereby creating a possible security risk. Keeler knew both Profumo and Ivanov through her friendship with Stephen Ward, an osteopath and socialite who had taken her under his wing. The exposure of the affair generated rumours of other scandals, and drew official attention to the activities of Ward, who was charged with a series of immorality offences. Perceiving himself as a scapegoat for the misdeeds of others, Ward took a fatal overdose during the final stages of his trial, which found him guilty of living off the immoral earnings of Keeler and her friend Mandy Rice-Davies.

An inquiry into the affair by a senior judge, Lord Denning, indicated that there had been no breaches of security arising from the Ivanov connection, although Denning's report was later condemned as superficial and unsatisfactory.

As for John Profumo:


Shortly after his resignation Profumo began to work as a volunteer cleaning toilets at Toynbee Hall, a charity based in the East End of London, and continued to work there for the rest of his life.  Peter Hitchens has written that Profumo "vanished into London's East End for 40 years, doing quiet good works". Profumo "had to be persuaded to lay down his mop and lend a hand running the place", eventually becoming Toynbee Hall's chief fundraiser, and used his political skills and contacts to raise large sums of money. All this work was done as a volunteer, since Profumo was able to live on his inherited wealth. His wife, the actress Valerie Hobson, also devoted herself to charity until her death in 1998. In the eyes of most commentators, Profumo's charity work redeemed his reputation. His friend, social reform campaigner Lord Longford said he "felt more admiration [for Profumo] than [for] all the men I've known in my lifetime". 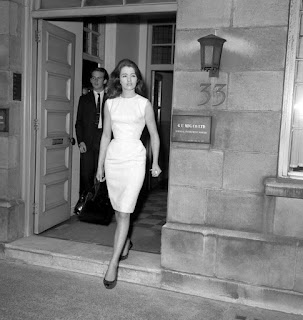 That, Al Franken, is how it's done.


Profumo was appointed a Commander of the Order of the British Empire (CBE) in 1975, and received the honour at a Buckingham Palace ceremony from Queen Elizabeth II, signalling his return to respectability. In 1995, former Conservative Prime Minister Margaret Thatcher invited him to her 70th birthday dinner, where he sat next to the Queen. He appeared only occasionally in public, particularly in his last years when he used a wheelchair. His last appearance was at the memorial service for Sir Edward Heath on 8 November 2005.
. . .
On 7 March 2006, Profumo suffered a stroke and was admitted to London's Chelsea and Westminster Hospital. He died two days later surrounded by his family, at the age of 91. In the immediate aftermath of his death, many commentators said that he should be remembered as much for his contribution to society after his fall from political grace as for the scandal of 1963 which caused that fall.

Being only 12 years old when this occurred, I can vaguely remember the scandal.


She did not age well: 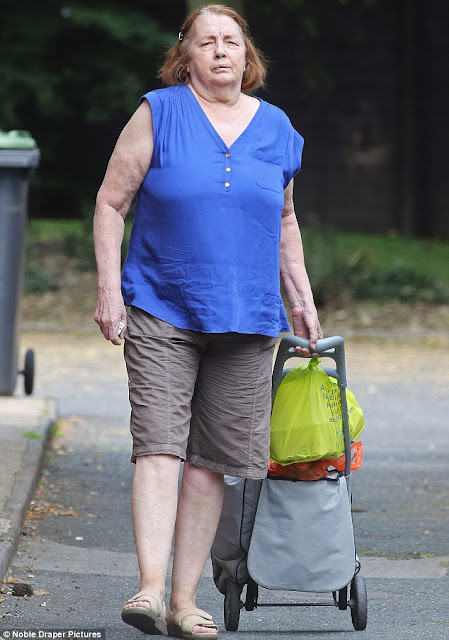 Wombat-socho has "Rule Five Sunday: Snow Bunnies" up and at 'em.
Posted by Fritz at 6:00 AM