Bring on the Warrior Monks!

Just boosting, to the extent my small little blog can, this paper coauthored  by a fishing buddy of mine, Lt. Col. Andy Dziengeleski, aka Ski:

The Good Fight: Making the Case for Intellectual Combat in the Military


By Andy Dziengeleski & John McRae
December 14, 2016
. . .
The dialectic method has its roots in the philosopher Socrates’ approach to learning. Rejecting more emotional forms of truth-seeking, Socrates instead encouraged his students to engage in logical combat, wherein ideas were confronted on all sides by challenging viewpoints and left to die or to emerge from the heap, bloodied but victorious. This contrasts with the practice of sophistry, the feigned appearance of truth-seeking designed to impress. Whereas the dialectic method welcomes all challengers to rebut, refine, or reject ideas in the marketplace of ideas, sophistry avoids conflict altogether by taking both assumptions and conclusions at face value. The former can generate understanding; the latter merely perpetuates the status quo.

Today, these two concepts are evident all around us  Unfortunately, though myriad examples of sophistry persist in today’s military, fortuitously so too does the dialectic method—just not widely enough. This is where our best ideas emerge. A glance at the field of behavioral economics helps illustrate how vital an expert dialogue is in advancing a field of study. Until the 1970s, the fields of economics and sociology were distinct. Economists, led by Gary S. Becker’s work in The Economic Approach to Human Behavior, considered human beings to be essentially rational in their decision-making. This rationality was reflected in the economic models of the era, generating sacrosanct conclusions tied to this assumption of rationality. It wasn’t until a new breed led by Daniel Kahneman, Amos Tversky, Richard Thaler, and others challenged that assumption by applying psychological and sociological concepts to economics that the field began to break free from its inertia and make great leaps forward in understanding and modeling human behavior. This synthesis didn’t mark the end of the breakthrough, however. That was just the beginning. 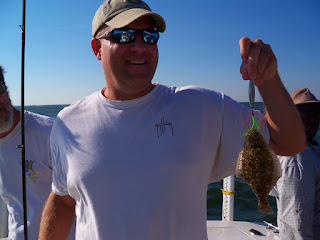 Within the military, this ever-evolving dialogue has ebbed and flowed since 2001. At present, the rapid growth of military writing venues and societies is encouraging, though the corresponding disinclination to critique one’s peers has limited the positive impact. Arguably, true discourse and discussion hasn’t been seen since the 1980s, when many accepted positions and tropes within the military were considered “free game” to those willing to take the time and write. Many of today’s professional journals were perhaps more creative and interesting to read in the late 1970s and the 1980s simply because there was a culture of intellectual exploration and dialogue. This dialogue was not only given multiple outlets, such as Military Review and the Marine Corps Gazette, but reflected a top-down organizational angst resulting from our Joint performance in the Vietnam War. This angst was widespread, affecting every veteran of that war, as individuals and organizations alike searched for answers to very difficult questions like, “How did we lose this war, why didn’t we change during the conflict, and how can we ensure we never set the conditions for this to occur again?”

Today, after what can kindly be called marginal performances against non-state forces in Afghanistan, Iraq, and other locations throughout Central Asia, the Levant, North Africa, and elsewhere, it is sometimes difficult to discern the same grappling within any aspect of our profession. As with the aftermath of the Vietnam War era, much of the military community seems sometimes content simply to forget about our performances of the last fifteen years, with one major difference: we are still fighting these wars. In addition, we have copied our post-Vietnam shift of priorities to major state-based forces: “near-peer” is the word of the week again. 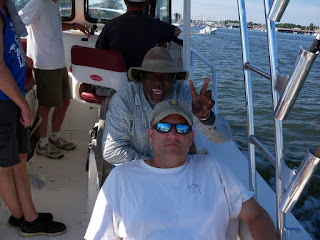 He does catch big fish too, sometimes.


Today, paeans to military writing abound, a good sign that professionals value the advancement of ideas. What are sorely lacking, however, are intellectual scrums within the profession of the kind that helped make behavioral economics a viable field. To be sure, some of this thought combat goes on behind closed doors in the intellectual centers of the military. But what is lost in that context is the potential for broadly shared learning, for contributions emerging from unlikely places, and for open dialogues spinning off into valuable, unforeseen directions. None of this requires disdain, personal criticism, or malice, but a common professional desire to see ideas honed to maximum effectiveness. Putting one’s thoughts on the page is a lonely but vital pursuit for the military professional. Isn’t it again time we started writing alone, together?

I'm really not qualified to comment, but I though I would pass it on. Notice that this is a year old. Ski reposted it on Facebook, and noted that nothing has changed yet.