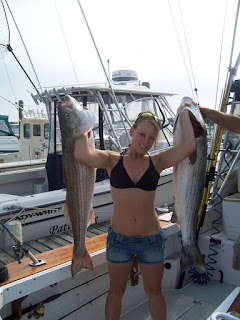 
Striped bass are New England's premier sport fish, sought by thousands of anglers who prize them for a fighting spirit and high-quality fillets.

Stripers were pushed to the brink of extinction in the late 1970s but made a dramatic comeback. Now recreational anglers say the coveted fish again is struggling, and they’re lobbying Beacon Hill to implement new regulations that include making the fish off-limits to commercial fishermen.

One proposal, filed Rep. Walter Timilty, D-Milton, would limit commercial licenses to fishermen who can demonstrate they've caught and sold more than 1,000 pounds of striped bass annually over the last five years. 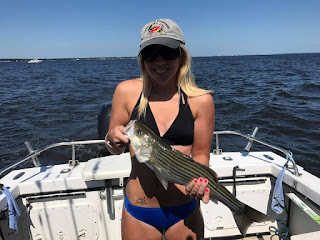 That's a pretty small quota. I've been on trips with Walleye Pete where we caught more than 800 lbs of stripers in one day, about 200 fish.

Another proposal, offered by Rep. Thomas Stanley, D-Waltham, would phase out commercial fishing for striped bass by 2025 and establish fines up to $500 per fish for violators of new regulations.

"We're asking for only one saltwater species to be reserved for recreational purposes and protected as a gamefish," said Fred Jennings of Ipswich, who is the Massachusetts co-chairman of Stripers Forever, a recreational angler advocacy group. "And it's one of vital importance to the economy of our state."

Mike Spinney, a Stripers Forever board member, said a black market for striped bass is "thriving" along the coast, with poachers hauling in fish under cover of darkness. 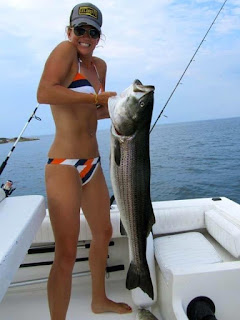 That's been a well known problem in Maryland as well.


Fisheries managers have become overwhelmed by the illegal striper market, he told members of the Legislature's Committee on the Environment, Natural Resources and Agriculture on Wednesday.

"The lax commercial regulations and lack of enforcement is why so many people feel at liberty to break the law by selling to unscrupulous dealers, markets and restaurants," he said. "In one case, a refrigerated truck was driving up and down the Cape Cod canal, taking striped bass from a network of poachers, for sale, presumably, to the black market."

Of course, I occasionally fish for Striped Bass commercially with Walleye Pete. I do it for free, for the fun of catching many big stripers on light tackle. I even spend my own money on tackle.

Pete has always said he would prefer striper fishing in Maryland to be recreational only; although he can make more on a commercial day, over the course of a year, the recreational side of his business is much more important.

In general, the money spent by recreational fishermen on striper fishing far out weighs the economic value of the commercial fishery. God knows I'd save enormous amounts of money by buying the fish at Safeway.

Linked by EBL in "Christine Keeler RIP", "Gal Gadot in the IDF", "Virginia Mayo", "Who did they cast as Dr. Smith in the reboot of Lost In Space?", "Candace Owens and conservative truth",  "Dina Habib Powell is leaving the Trump Administration" and "Gropey Dustin Hoffman?" Wombat-socho has "Rule Five Sunday: Snow Bunnies" up and at 'em.
Posted by Fritz at 6:49 PM