This week's fish is the Red Drum, or Redfish


The red drum (Sciaenops ocellatus), also known as channel bass, redfish, spottail bass, or simply red, is a game fish found in the Atlantic Ocean from Massachusetts to Florida and in the Gulf of Mexico from Florida to northern Mexico. It is the only species in the genus Sciaenops. The red drum is related to the black drum (Pogonias cromis), and the two species are often found in close proximity to each other; they can interbreed and form a robust hybrid, and younger fish are often indistinguishable in flavor.

They're a decent eating fish, but not as good as croaker.

Red drum are a dark red color on the back, which fades into white on the belly. The red drum has a characteristic eyespot near the tail and is somewhat streamlined. Three-year-old red drum typically weigh 6-8 lb. The largest red drum on record weighed just over 94 lb and was caught in 1984 on Hatteras Island. Red drum and black drum both make a croaking or drumming sound when distressed.

I have my doubts, but there are eyespots on a lot of animals, so maybe it works, it may also convince predators that they are facing another predator, and deter them.


The red drum uses its senses of sight and touch, and its downturned mouth, to locate forage on the bottom through vacuuming or biting. On the top and middle of the water column, it uses changes in the light that might look like food. In the summer and fall, adult red drum feed on crabs, shrimp, and mullet; in the spring and winter, adults primarily feed on menhaden, mullet, pinfish, sea robin, lizardfish, spot, Atlantic croaker, and mudminnows.

In other words, pretty much anything they stumble across.


Red drum naturally occur along the southern Atlantic and Gulf of Mexico coasts of Louisiana, Texas, Alabama, Mississippi, and Florida. Aquaculture activities involving them occur around the world. Immature red drum prefer grass marsh areas of bays and estuaries when available. Both younger mature red drum (3-6 years of age) and bull red drum prefer rocky outcroppings including jetties and manmade structures, such as oil rigs and bridge posts. Around this type of structure, they are found throughout the water column.

Redfish visit the Chesapeake Bay in warmer months, though as we have seen, a few small ones seem to stick around the warm water in the CCNPP discharge well into winter. A slot limit is set on Redfish, only fish 18-28 inches may be kept. A large run of very large reds, 40 inches and up move around the Bay and surprise people occasionally. I've never been that lucky, although I have caught some. The limit was set in the wake of one of the great victories of fisheries science.


In the early 1980s, the chef Paul Prudhomme made his dish of Cajun-style blackened redfish (red drum) popular. His seasoning was then sold commercially and the dish became so popular that redfish were overfished to the point of near extinction.

I doubt they were really near extinction, but the regulations (which are similar coast wide) have done a lot to bring them back.

Wombat-socho has "Rule 5 Sunday: Bomber Girl" up on time and within budget. 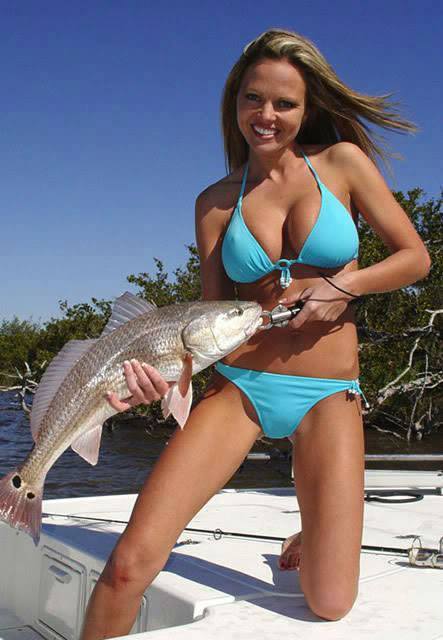 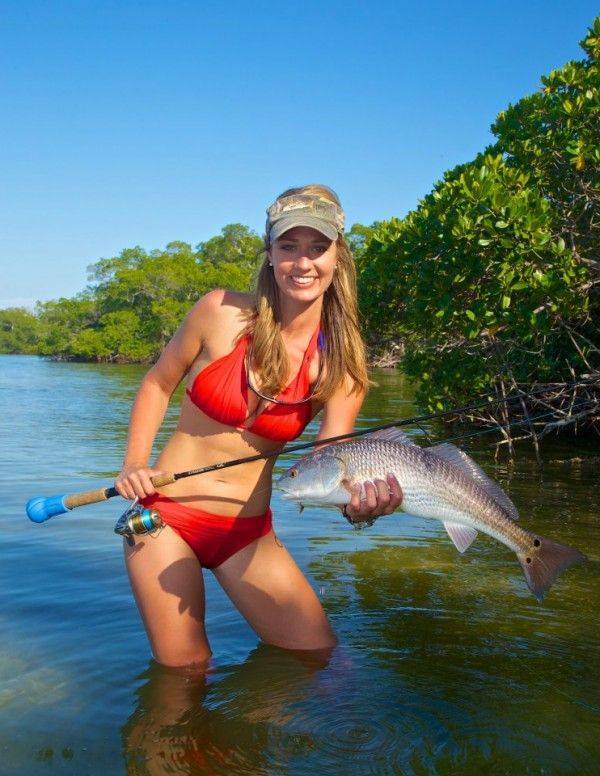 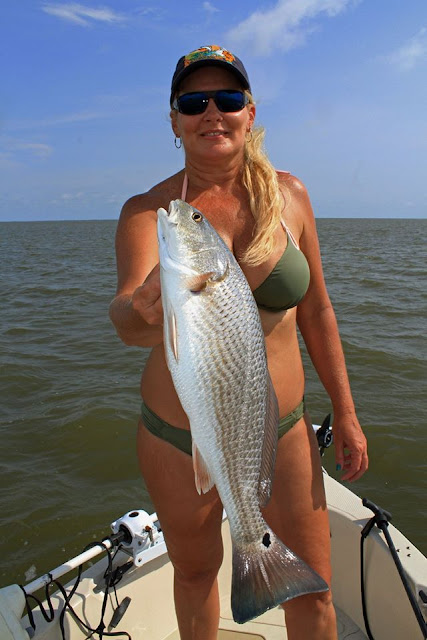 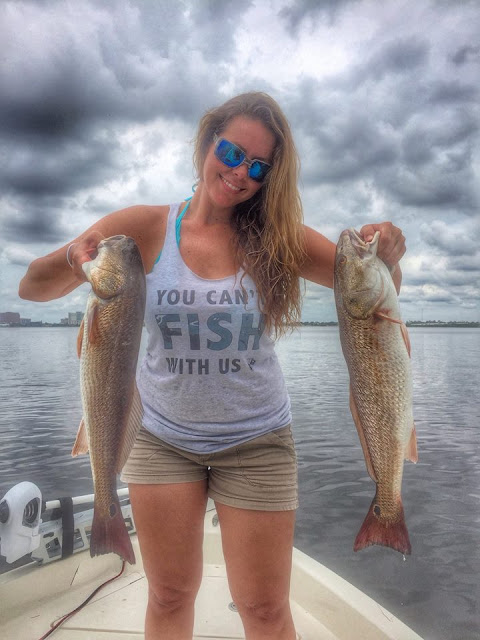 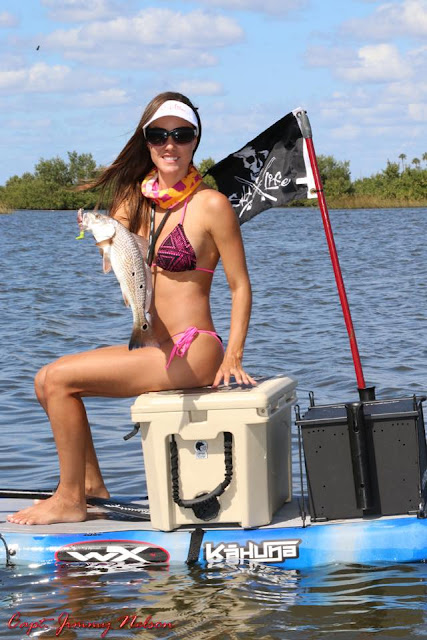 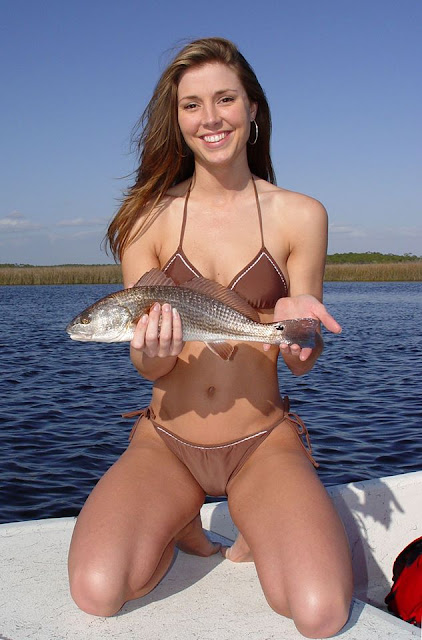 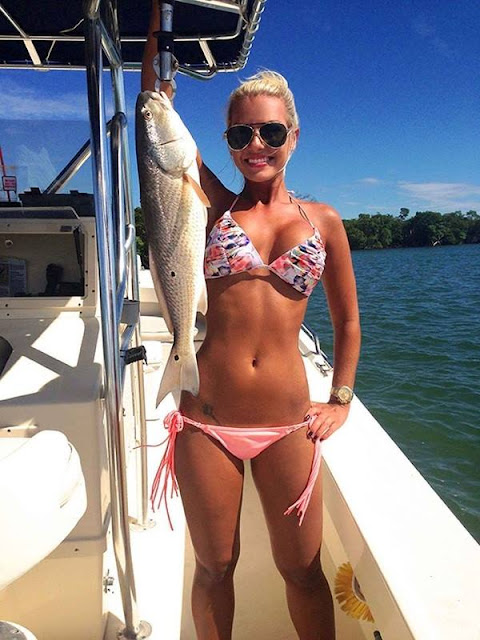 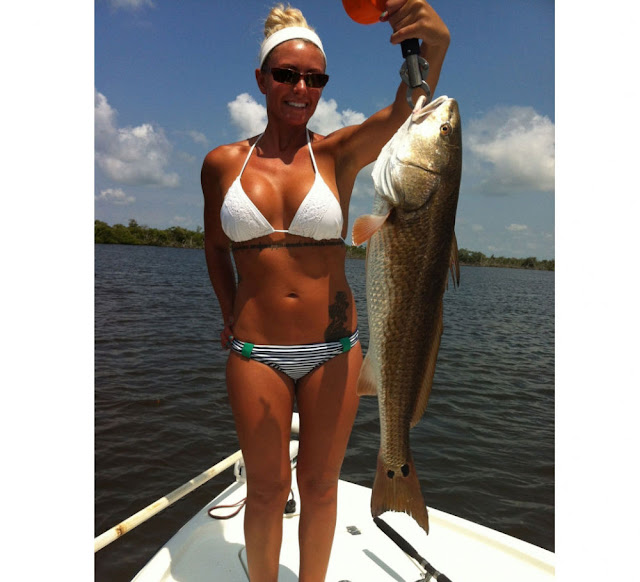 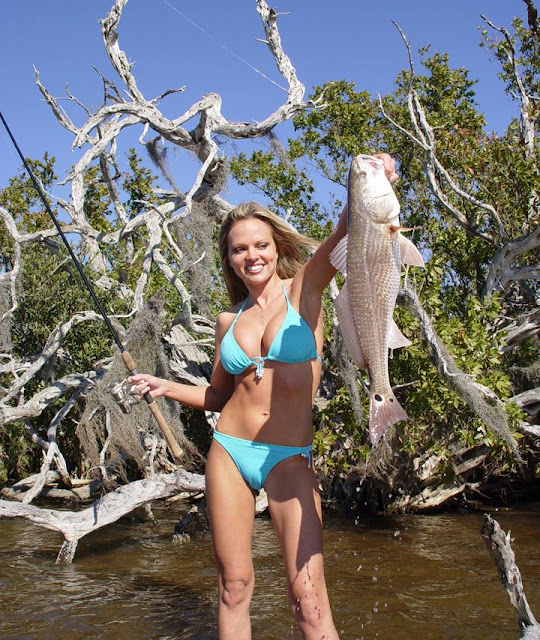 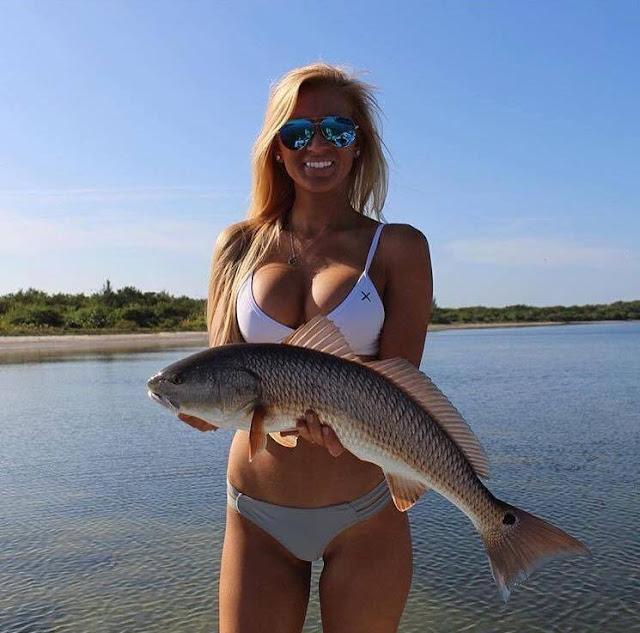 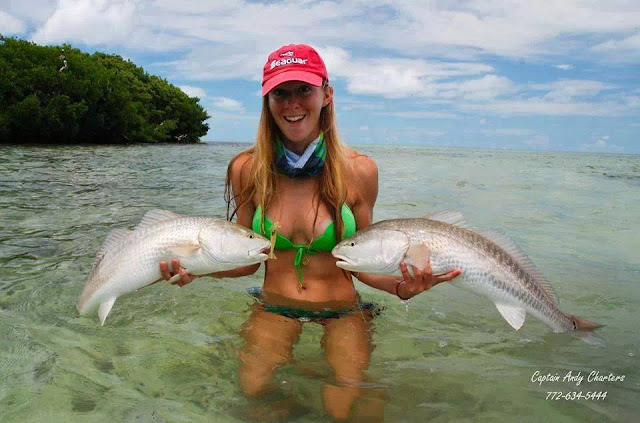 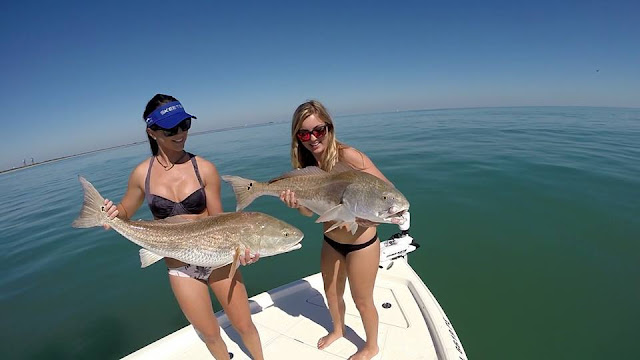 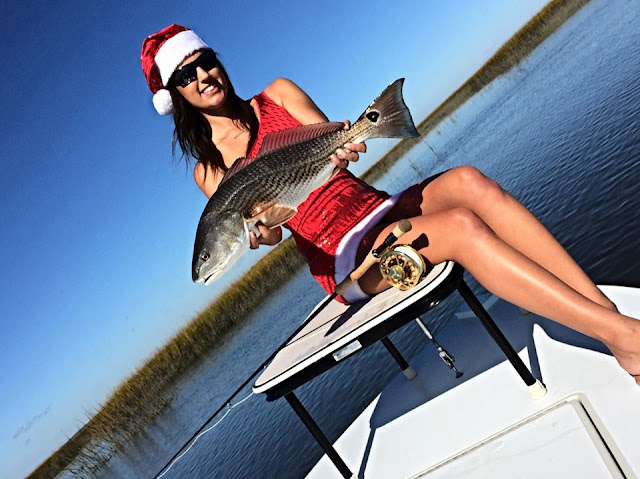