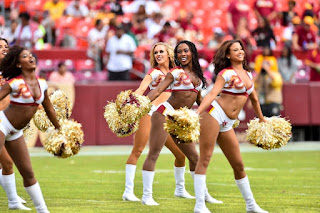 
The Justice Department is giving up the legal fight over the name of the Washington Redskins.

In a letter to a federal appeals court, the department said last week's Supreme Court decision in Matal v. Tam in favor of an Asian-American band calling itself the Slants means the NFL team will prevail in a legal battle to cancel the team's trademarks because the name is disparaging to Native Americans. 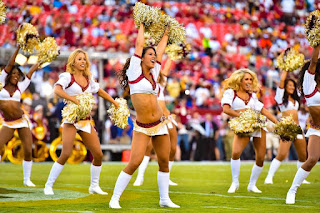 I covered the decision previously in "High Court Rules for the Redskins" It was a unanimous decision, shocking only in the sensibility of the liberal faction.


"Consistent with Tam, the Court should reverse the judgment of the district court and remand the case with instructions to enter judgment in favor of Pro-Football," Mark Freeman, an attorney for the Justice Department's civil division, wrote to the Richmond, Virginia-based 4th Circuit Court of Appeals.

The Redskins case had been on hold in the federal appeals court while the Slants decision was rendered. The Supreme Court found that Simon Tam could trademark the Slants as the name of his Asian-American rock band because it would be unconstitutional for the U.S. Patent and Trademark Office to discriminate against it, citing the First Amendment's free speech protection. The justices were unanimous in saying the 71-year-old trademark law barring disparaging terms infringes free speech rights. 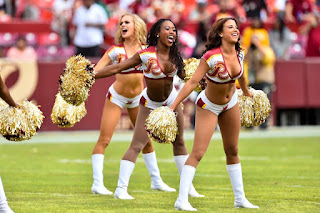 So, to allow Tam to trademark the name, and deny Snyder would clearly be viewpoint discrimination, which, while widely practiced in the federal government, needs to be at least subtly hidden.


Redskins' owner Dan Snyder said last week he was "thrilled" by the Supreme Court's ruling, and lawyer Lisa Blatt said it resolves the team's dispute and vindicated its position. Snyder has refused to change the name despite intense public pressure, saying in the past that the name "represents honor, respect and pride" for Native Americans.

Now if the team can just win a few more games.

Wombat-socho chimes in with "Late Night With Rule 5 Monday: All-American Catgirl".
Posted by Fritz at 4:47 PM