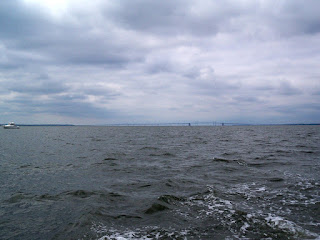 I got a call from Walleye Pete yesterday morning asking if I could come commercial fishing today, and if I could round up a friend. I called Jerry, and we met Pete and Rick at Sandy Point State Park at 10 AM. Pete's moving his boat into the area due to a dearth of keeper Stripers down south. By 11 we were north of the Bay Bridge looking south. 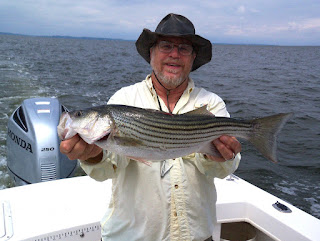 We found a few keepers north of the bridge. . . 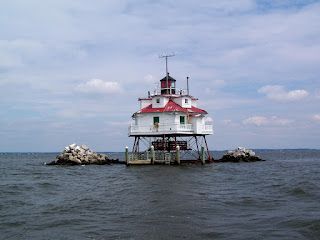 But by later in the afternoon, we were hitting Thomas Point, and even further south . . . 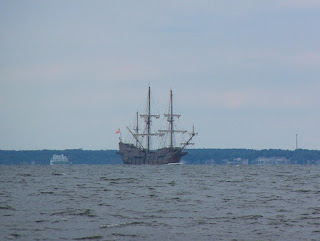 Where Pete found a pretty good grade of fish out in the mainstem in a pack of trollers and chummers. We were also passed by Galeon Andalucia (which I've seen previously). 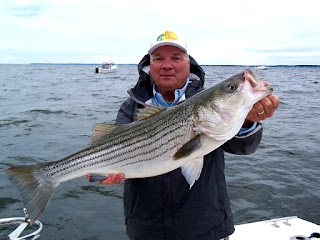 Rick with the fish of the day, a 32 inch Striper. 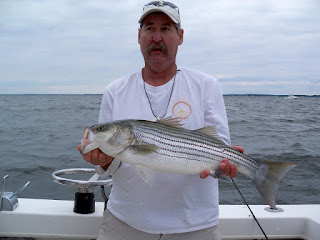 Jerry with a decent one. We finished with only 27 fish (soon to be available at a retailer near you) and . . . 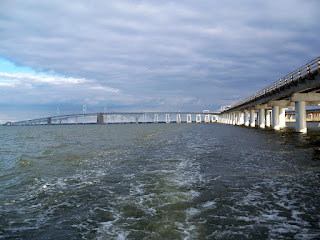 Went back under the bridge and back to the boat ramps at Sandy Point at around 6:30.
Posted by Fritz at 9:34 PM