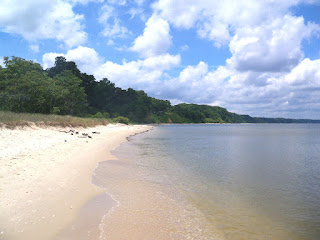 After lunch, we consented to be bullied to go down to the beach. It was about 80 F, humid and mostly sunny. It was hot for a dog in a black blanket, but it was her idea, and she waded in the bay and splashed in the stream to stay cool. 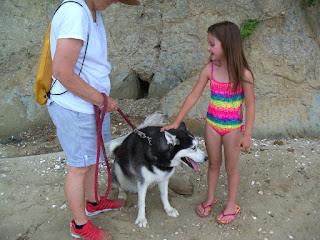 She also found an admirer or two. 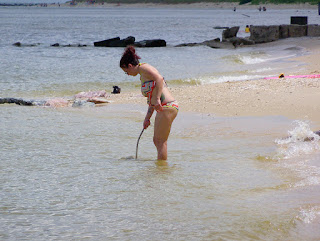 Despite the first picture, that was taken after we pass a large group of people, there were a few people on the beach, including this woman using the scrape to look for fossils. I hope she had better luck than we did. I found one tooth, and Georgia found a fossil crab claw. 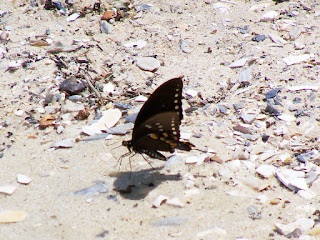 A slightly tattered Spicebush Swallowtail who stopped to puddle on the beach. 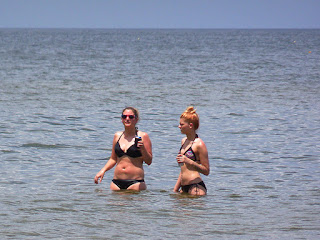 One way to stay cool. Take your beer with you.
Posted by Fritz at 5:54 PM