A Sailfish is a fish of the genus Istiophorus of billfish living in colder areas of all the seas of the earth. They are predominantly blue to gray in colour and have a characteristic erectile dorsal fin known as a sail, which often stretches the entire length of the back. Another notable characteristic is the elongated bill, resembling that of the swordfish and other marlins. They are therefore described as billfish in sport-fishing circles.


Two sailfish species have been recognized. No differences have been found in mtDNA, morphometrics or meristics between the two supposed species and most authorities now only recognized a single species, (Istiophorus platypterus), found in warmer oceans around the world. FishBase continues to recognize two species

Being a confirmed lumper, I will only consider them to be one species.

Sailfish grow quickly, reaching 1.2–1.5 m (3 ft 11 in–4 ft 11 in) in length in a single year, and feed on the surface or at middle depths on smaller pelagic forage fish and squid. Individuals have been clocked at speeds up to 75 km/h (47 mph), which is one of the highest speeds reported in any water organism. However, more recent studies suggest sailfish do not exceed swimming speeds of 36 km/h (22 mph). Generally, sailfish do not grow to more than 3 m (9.8 ft) in length and rarely weigh over 90 kg (200 lb). 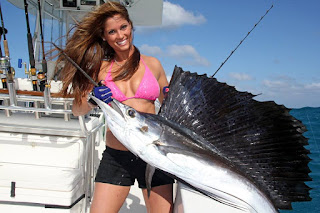 One of my usual fishing chicks (Luiza) failed me. Fortunately, I picked up a new one, Cindy Nguyen.


The sail is normally kept folded down and to the side when swimming, but it may be raised when the sailfish feels threatened or excited, making the fish appear much larger than it actually is. This tactic has also been observed during feeding, when a group of sailfish use their sails to "herd" a school of fish or squid. 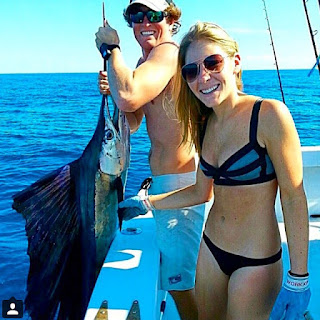 Sailfish are highly prized game fish, and are known for their incredible jumps and speed. They can appear in a startling array of colours, from subdued browns and grays to vibrant purples and even silver. Their body colours are often highlighted by stripes of iridescent blue and silver dots. Sailfish can change their colours almost instantly—a change controlled by their nervous system. The sailfish can rapidly turn its body light blue with yellowish stripes when excited, confusing its prey and making capture easier, while signalling its intentions to fellow sailfish. 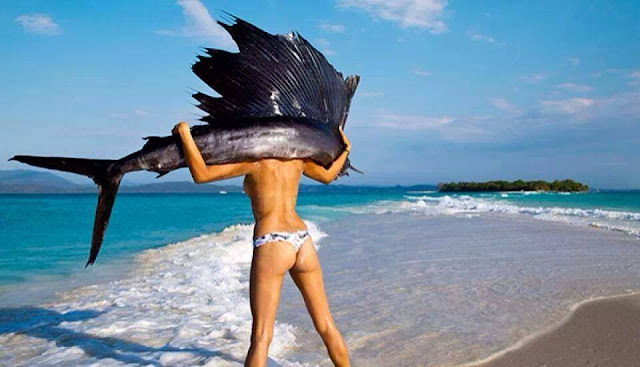 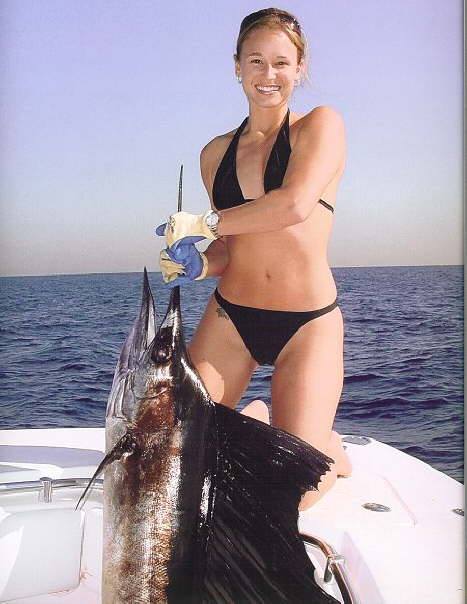 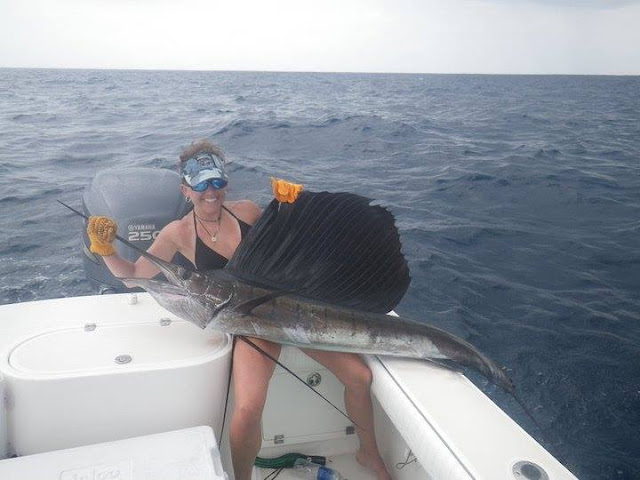 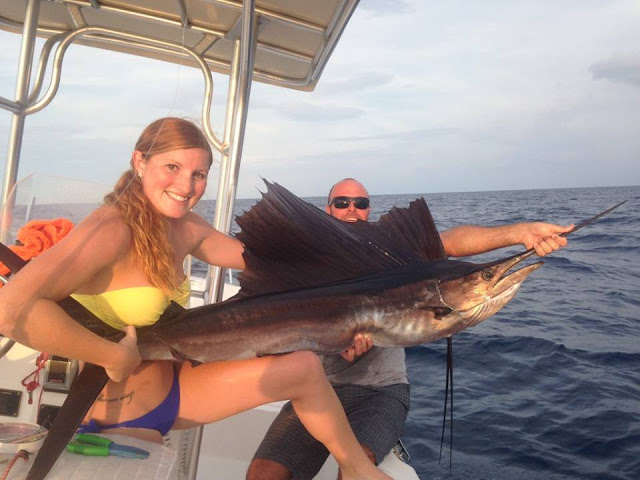 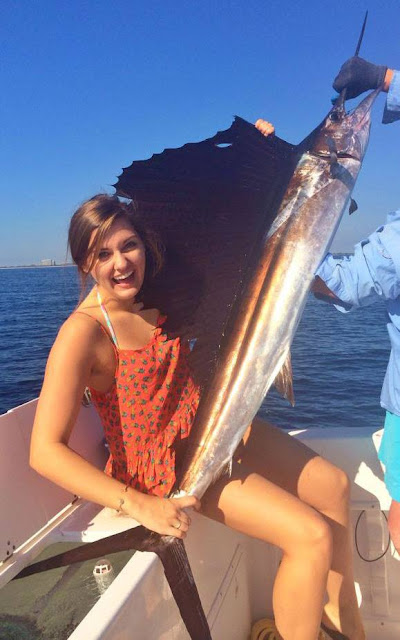 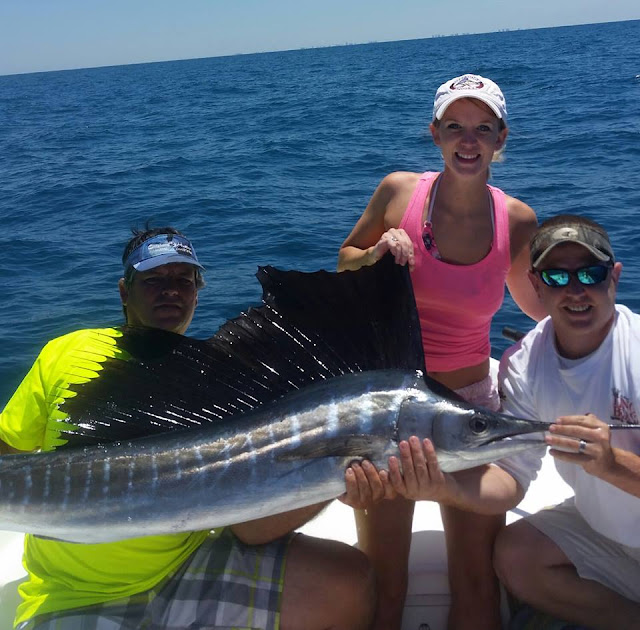 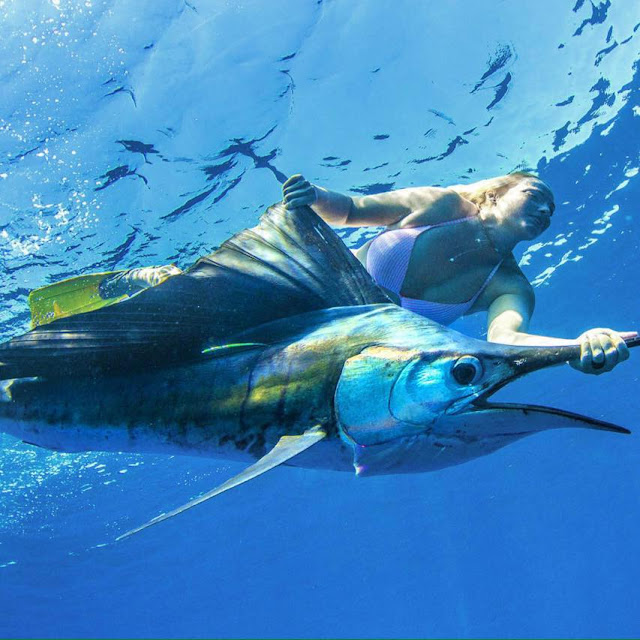 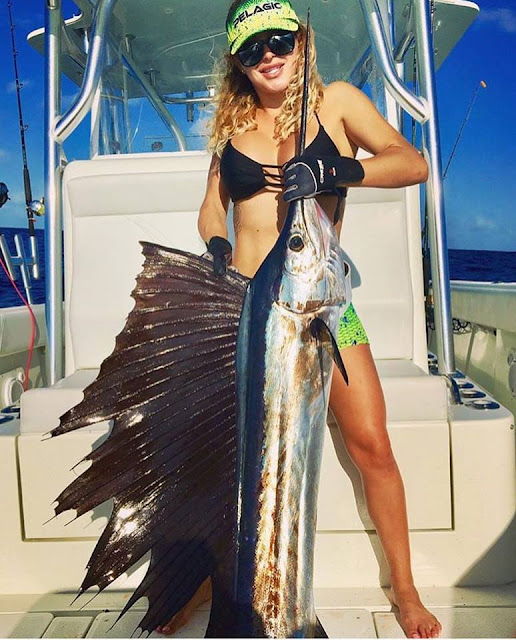 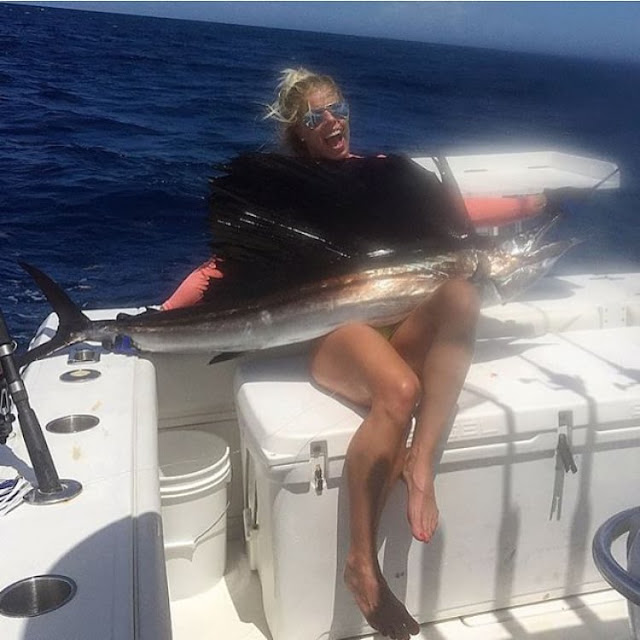 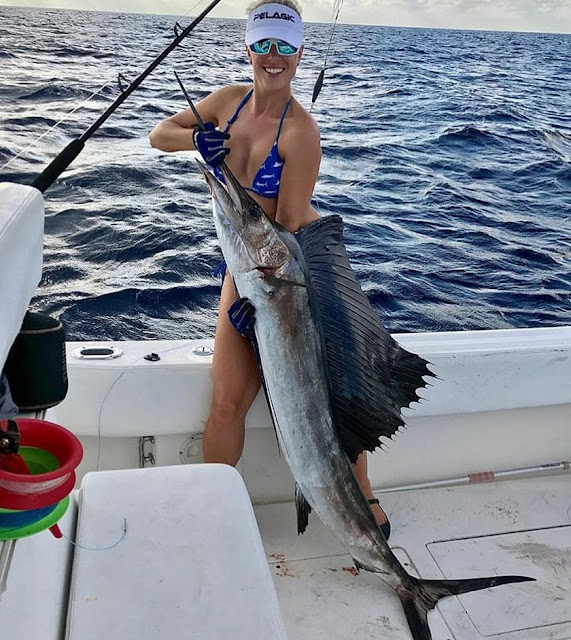 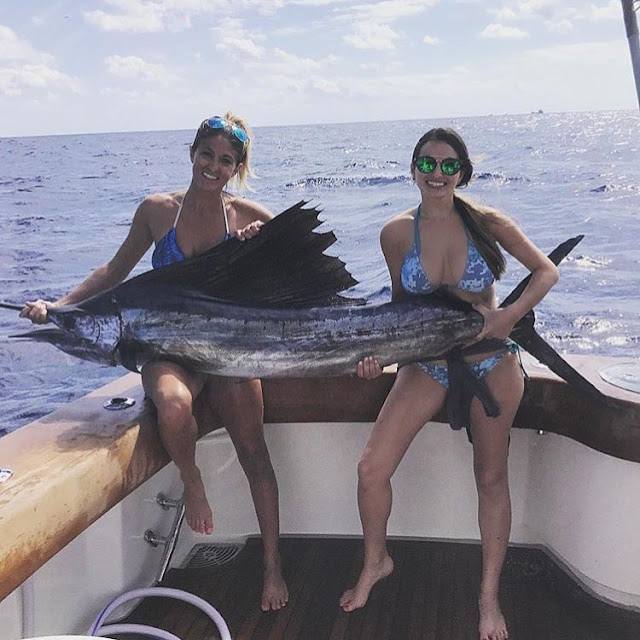 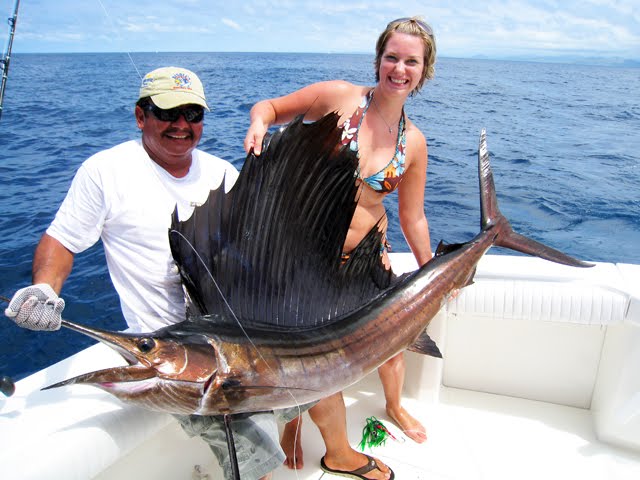