This is actually a pretty big concession on their part: The New ‘Consensus’ On Global Warming – a shocking admission by “Team Climate”


A scientific consensus has emerged among top mainstream climate scientists that “skeptics” or “lukewarmers” were not long ago derided for suggesting — there was a nearly two-decade long “hiatus” in global warming that climate models failed to accurately predict or replicate. A new paper, led by climate scientist Benjamin Santer, adds to the ever-expanding volume of “hiatus” literature embracing popular arguments advanced by skeptics, and even uses satellite temperature datasets to show reduced atmospheric warming.

More importantly, the paper discusses the failure of climate models to predict or replicate the “slowdown” in early 21st century global temperatures, which was another oft-derided skeptic observation.

“In the early twenty-first century, satellite-derived tropospheric warming trends were generally smaller than trends estimated from a large multi-model ensemble,” reads the abstract of Santer’s paper, which was published Monday.

“Over most of the early twenty-first century, however, model tropospheric warming is substantially larger than observed,” reads the abstract, adding that “model overestimation of tropospheric warming in the early twenty-first century is partly due to systematic deficiencies in some of the post-2000 external forcings used in the model simulations.”

It's a start. To fix your errors you have to admit you were wrong.

And just because it's funny: 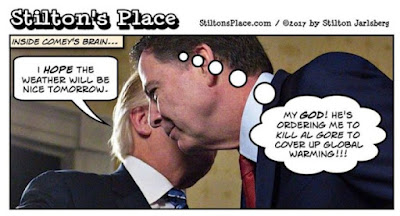