She seems to think that being mildly attractive, and (now former) member of the media entitles her to go off on the cops: Fired TV reporter says she’s ‘ruined’ after ugly rant 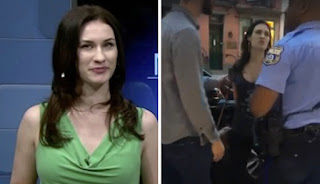 So, that's a real potty mouth. When the cops tell you to go, just go:


Colleen Campbell, 28, of Philadelphia, said she only learned that her cringe-worthy rant outside of Helium on Sunday was caught on camera and posted to Facebook after she was busted on charges of resisting arrest, criminal mischief and disorderly conduct.

“When I came home, I called my producer to talk about why I was absent,” Campbell told Philadelphia Magazine. “I didn’t realize a video was out. I found out about it later because HR called me and said I was being terminated. They said there’s a video. I said, ‘What video?’” 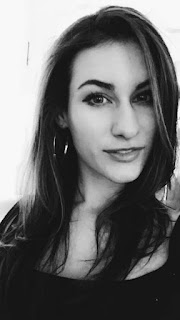 New York-based comedian Wil Sylvince posted a 5-minute clip of a “very obnoxious” Campbell after she was kicked out of the club for “loud whispering” throughout the show.

She denied being disruptive to an officer, prompting a man who was accompanying her to thank the cop for his patience. The officer replied that he just wanted the pair to walk away.

“Or what? Or what, mother f–ker? Lick my a–hole,” Campbell says on the video, which has been viewed more than 1.5 million times as of Tuesday. “How about that? F–king piece of s–t. That’s why nobody likes f–king police…idiots in this f–king town.”


Campbell, according to Philadelphia Magazine, claimed in a Facebook post that she only had one drink and suggested she might have been drugged before deleting her social media accounts. She’s been receiving “threats” and wants to apologize to the officer, she told the magazine.

Yeah, that's the ticket; somebody drugged you. Does anybody know where Bill Cosby was before the incident?

I'm gonna go out on a limb here, and guess she wasn't a Trump voter.