This winter, a pair of Red-shouldered Hawks began hanging around our yard: 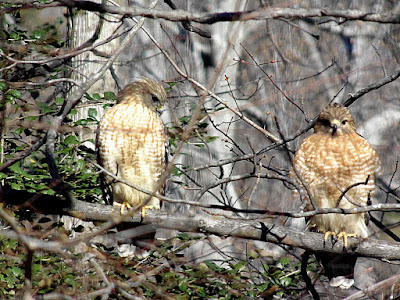 Pretty soon, they had selected a crotch of a large tree behind our house to build a nest in, and began settling in: 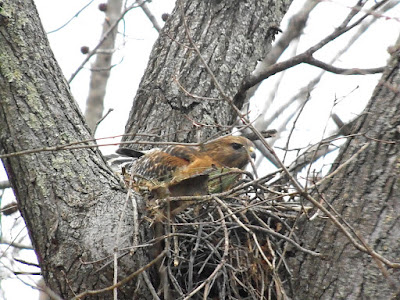 With the advent of spring, the "green wall" of leaves has obscured the nest, but the hawks have continued to come and go, and the spattering of hawk shit below the nest testified to their continued occupation. In the last week or so, there has been a great fuss in the general area, and we suspected the babies (we think there are two) were getting ready to fledge. Yesterday morning we were greeted by a great noise in the front yard and: 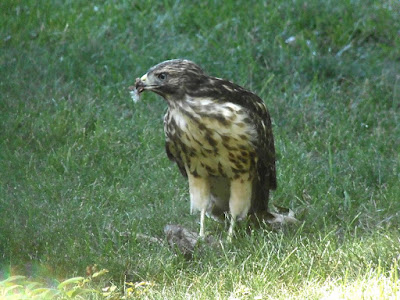 When we got out to check, there was only a little gray fur spread around. One down, a thousand more to go.
Posted by Fritz at 9:03 AM