Reason #5583 That Trump Was Elected 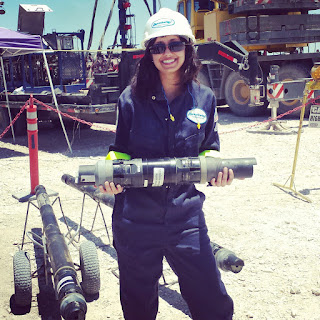 Trump to Call for U.S. ‘Dominance’ in Global Energy Production

Donald Trump will tout surging U.S. exports of oil and natural gas during a week of events aimed at highlighting the country’s growing energy dominance.

The president also plans to emphasize that after decades of relying on foreign energy supplies, the U.S. is on the brink of becoming a net exporter of oil, gas, coal and other energy resources.
. . .
With “Energy Week,” Trump is returning to familiar territory -- and to the coal, oil, and gas industries on which he’s already lavished attention. Trump’s first major policy speech on the campaign trail, delivered in the oil drilling hotbed of North Dakota in 2016, focused on his plans for unleashing domestic energy production. The issue has also been a major focus during Trump’s first five months in office, as he set in motion the reversal of an array of Obama-era policies that discourage both the production and consumption of fossil fuels. 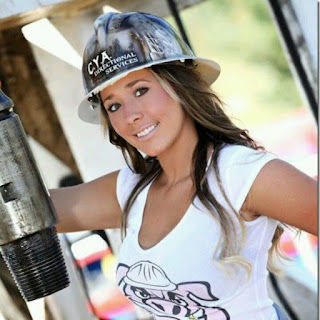 Remember when Preznit Obama said "we can't just drill our way to lower gas prices?" Turns out we can. All we have to do is stay out of the way of domestic oil producers. It helps other industries too, for which oil is a feedstock: The Shale Revolution's Staggering Impact in Just One Word: Plastics


That boom in drilling has expanded the output of oil and gas in the U.S. more than 57% in the past decade, lowering prices for the primary ingredients Dow Chemical Co. uses to make tiny plastic pellets. Some of the pellets are exported to Brazil, where they are reshaped into the plastic pouches filled with puréed fruits and vegetables.

Tons more will be shipping soon as Dow completes $8 billion in new and expanded U.S. petrochemical facilities mostly along the Gulf of Mexico over the next year, part of the industry's largest transformation in a generation.

The scale of the sector's investment is staggering: $185 billion in new U.S. petrochemical projects are in construction or planning, according to the American Chemistry Council. Last year, expenditures on chemical plants alone accounted for half of all capital investment in U.S. manufacturing, up from less than 20% in 2009, according to the Census Bureau.

Integrated oil firms including Exxon Mobil Corp. and Royal Dutch Shell PLC are racing to take advantage of the cheap byproducts of the oil and gas being unlocked by shale drilling. The companies are expanding petrochemical units that produce the materials eventually used to fashion car fenders, smartphones, shampoo bottles and other plastic stuff being bought more and more by the world's burgeoning middle classes.

Jobs, jobs, jobs. And as a bonus, the more oil we produce, the weaker Russia's hand in global affairs.

Wombat-socho chimes in with "Late Night With Rule 5 Monday: All-American Catgirl".
Posted by Fritz at 8:12 AM