Last year I did a pretty comprehensive post on my own father.  This year, I felt we should do something for the other "Dad" in the family, Georgia's father, Vincent Massei.  Georgia and her sister Mary have been investigating the family tree recently, and Georgia had a whole raft of photos out last night, mostly either of her father, or by him, around the World War II era.  She gave me permission to scan a few, and make a few posts.

Tonight I will give a brief intro.  Vincent Massei was born in Eureka, California, to Italian immigrant parents in 1911, Giorgia and Joseph.  To the best of my knowledge, except for college, his World War II service, and a few trips to the East Coast to visit us, Vince rarely left Northern California.

The family ran a boarding house/restaurant, the Buon Gusto, on Second Street in Eureka (the seedy side of town).  Formerly and in a later incarnation, "The Eagle House,"  One of the funny stories Vince told, often was how one day, his older brothers, Albert and Tony (Anthony) left him behind when they went fishing in Humboldt Bay, a couple blocks from the Buon Gusto.  In his fit of pique, he open the tap on the restaurant's wine keg, and lay under it and drank wine until he passed out.  His brothers, whom I knew, verified the story.

Vince went to college, in San Francisco, I believe, on a football scholarship, and joined the service (or was drafted).  He went into the Army Air Corps (the precursor to today's  Air Force) and was sent to the South Pacific, where he served in Fiji and New Guinea as an air craft mechanic: 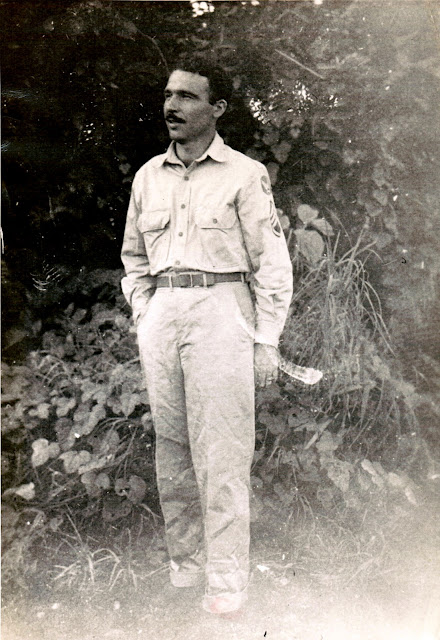