All Zombie Apocalypse All the Time!

At least that's what the media is seeing.  First, we'll start with an outbreak closer to home: 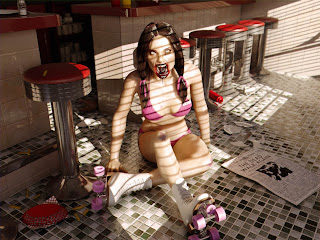 
The zombie apocalypse trend continues with a murder-cannibal incident in Harford, Maryland when a student killed another man who had lived with him and his family. The horrific incident happened sometime between last Friday -- when he was reported missing by the suspect's father -- and Tuesday night.

37-year-old Alexander Kinyua confessed to killing and eating the heart and a portion of the brains from 21-year-old Morgan State University student, Kujoe Bonsafo Agyei-Kodie. He had been living with the Kinyua family for the last year. 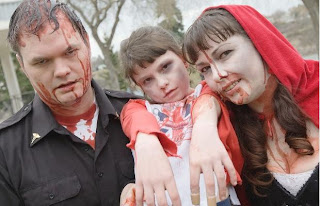 Next, the CDC found it necessary to deny the existence of zombies


Over the years the Centers for Disease Control and Prevention has released a couple of tongue-in-cheek "zombie warnings," which really are just disaster-preparedness stunts. But on Thursday, the agency made it official: Zombies don't exist.

"CDC does not know of a virus or condition that would reanimate the dead (or one that would present zombie-like symptoms)," wrote agency spokesman David Daigle in an email to The Huffington Post.

Nevertheless, recent incidents in which humans reportedly ate human flesh have the Internet in a firestorm, with "zombie apocalypse" being Google's third most popular search term by Friday morning. 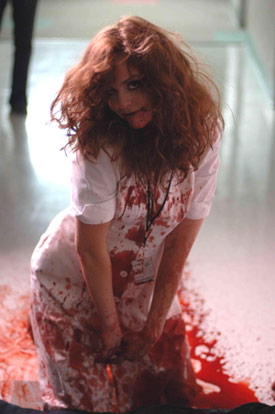 
Authorities launched an international manhunt Thursday for a Canadian man suspected of dismembering an acquaintance and mailing body parts to political party headquarters.

"We believe he filmed himself," said Montreal police Commander Ian Lafreniere. "It's gross." "This is a very deranged person," he said. "He is looking for attention and he got it but not in a positive way."

Magnotta knew the victim, whom Lafreniere said he could not identify. He said the headless body was too mutilated to make any immediate identification. 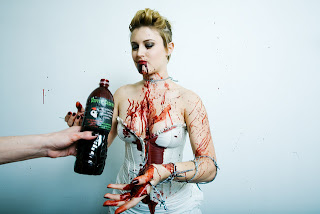 I don't know why the media would talk about zombies in reference to this episode; cutting people up and mailing the parts to political parties is hardly in the zombie behavior repertoire according to either the Original Haitian model or the Classic Hollywood George Romero model. Haitian zombies (not undead at all, but rather people enslaved by evil voodoo practitioners using drugs, were mostly farm workers, and George Romero zombies exist to eat humans (but never other zombies; apparently they taste bad) especially their brains, without any calculation whatever, and pass on the infection, but never mind, we have a meme to push, and by God, we will force every horror we can into that mold! 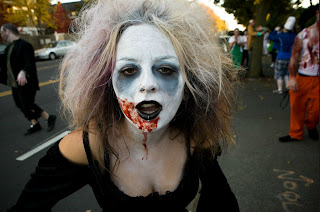 And finally legal blogger Ann Althouse blames us (and herself by extension) for the events:


In fact, I wonder if the people who delight in japing about a zombie uprising bear some responsibility for the crazy people who actually do try to eat brains?

I'm thinking back to the clumsy efforts to assign blame for the Tucson massacre. Some people are insane. But why do they act out their insanity in the particular way that they do? What signals do they pick up and distort? You can't really blame the sane people who talk and distort and lie about things as they operate more or less competently in this place called reality that most of us inhabit. And yet... why are we hearing so much about cannibals these days?

It's difficult to imagine that the people actually committing these acts are really in such a fine touch with reality that they're acting out any kind of "zombie fantasy".  In my opinion such events happen sporadically in society.  Since the events are probably largely independent (happening without reference to each other) any apparent clustering of the events is by chance, and once the meme is out there, almost anything that can be pulled into the storyline, will be.  And that will reinforce the perception that it's happening more often. 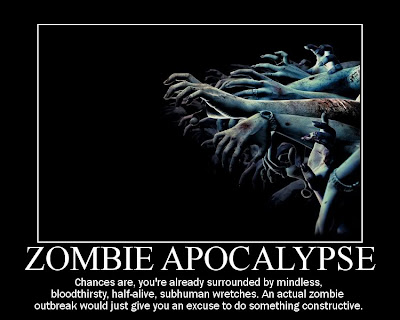 As always, thanks to Wombat-Socho for including this (and the others) in Rule 5 Sunday "Train in Vain" at The Other McCain.
Posted by Fritz at 5:06 PM