An Odd Lot at Clinton.com

Not much coherence in this lot, as the RNC convention seems to be sucking up all the journalistic efforts.


At a hearing on Monday for conservative watchdog Judicial Watch’s lawsuit against the State Department involving Hillary Clinton‘s private email server, Judge Emmet Sullivan discussed the possibility of having Clinton herself testify at a deposition. According to Politico, Judge Sullivan is still deciding whether or not Clinton needs to testify, but he did bring up a possible alternative.

More than once, Sullivan brought up the possibility of having Clinton answer interrogatories or written questions, instead of having a deposition. The judge asked Clinton’s attorney David Kendall, who appeared in court for the first time in this case, how long it would take for the former Secretary of State to answer questions of that nature if necessary. Kendall said it could take up to 30 days to respond.

But Kendall would prefer if his client did not have to answer any questions at all. When Judge Sullivan asked, “Why not answer one or two…questions under oath….and be done with it?” Kendall replied, “There’s no legal basis for it.” He also said that Clinton addressed issues regarding her private email server when she participated in the FBI’s investigation of the matter. “The answer is not going to change,” Kendall said.  However, Judge Sullivan noted that the record of Clinton’s conversation with the FBI is not public record. “Neither the court nor the public knows what Mrs. Clinton told the FBI,” the judge said.

Apparently, the matter of Clinton protege Julian Castro's violation of the Hatch Act is not over, as Clinton VP contender Castro faces investigation over 'prohibited political activity'


Julian Castro, a leading contender to join Hillary Clinton's ticket, is facing a formal complaint from the Office of Special Counsel for alleged overlap between his political advocacy and his official duties as head of the Department of Housing and Urban Development.

I read the complaint. It will go to the Office of the President where it will die.


In their fictional clashes, Neverland’s perpetually adolescent Peter Pan and his Lost Boys—no matter the sword play and dire straits—eventually bested the villainous Captain Hook and his pirate crew.

How wonderful escapist fiction, where pre-pubescents fly if they just believe.
But GetRealLand’s a bitch of a place, where you wake up and the accelerating whine you hear isn’t dream noise but an incoming 82 millimeter mortar round. 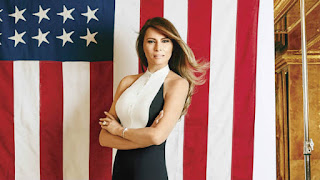 Manafort on speech plagiarism: When Hillary Clinton is threatened by a woman she always tries to destroy her


Made me laugh as an especially over-the-top example of Team Trump’s instinct to brawl even when it’s to their strategic advantage to defuse the situation. (See also Manafort insulting John Kasich yesterday when he’s counting on the Ohio GOP to build a ground game for Trump.) The plagiarism in Melania Trump’s speech is a slightly embarrassing nothingburger that no one’s going to care about next week and maybe not even something that will necessarily consume the media for the rest of the day unless Trump’s staff wants to make a thing of it. Making a thing of it is a good plan if you’re trying to win over Republicans, most of whom are already won and are forever complaining that nominees like McCain and Romney weren’t eager enough to throw a punch like Manafort’s doing here. Why you’d want to make a thing of it when, ostensibly, you’re trying to get swing voters to focus on your “Make America Safe Again” message from last night instead, I don’t know.

I think it's pretty clear both speechwriters ripped of Frank Covey's "7 Habits of Highly Effective People". But still, you should leave plagiarism as the exclusive trait of Democrats,


Suddenly telling tales of how a politician's actions affected "real people" is out of bounds.

Yeah I remember when the left got up in arms about ads essentially claiming Romney gave a woman cancer.

Jim Geraghty has a good piece about the "sudden, short-lived" objection to mothers of the fallen laying their son's deaths at the feet of politicians.

Guess who'll be speaking at the DNC?

Geraghty doesn't think Chris Matthews will have an aneurysm when that happens, just as they didn't mind it when St. Cindy of Sheehan gave her anti-Bush screed at previous Democrat conventions.

GQ ‘Journalist’ on Pat Smith: ‘I would like to beat her to death’

In fear of his job, he later apologized, well sort of...


Why did I do it? It certainly wasn’t intended as a literal threat on a woman’s life. If anything, it was an extremely ill-advised attempt at satirizing the overall climate of the RNC. But with that kind of hateful language, an explanation just turns into rationalization.

Twitter responded by banning the "Dangerous Faggot" Milo Yiannopoulos: Yep. @twitter decided to throw the gay off the roof.

From Wombat-socho's In The Mailbox: "07.19.16" GQ ‘Journalist’ on Pat Smith: ‘I would like to beat her to death’, Patricia Smith – “I Blame Hillary Clinton Personally For The Death of My Son”, and Labor Secretary Calls Out The Brownshirts

Wombat-socho has "Rule 5 Sunday: Racy" ready for business at The Other McCain.
Posted by Fritz at 8:56 AM