Well, We Could Give it Back 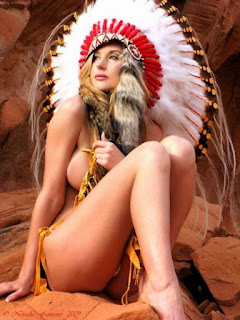 If they'd take it, now that we've ruined all the good hunting and fishing WaPoo, A push to get more recognition for Native Americans who once called D.C. home

To Armand Lione, an amateur historian who lives on Capitol Hill, likely very few Washingtonians stop to think about the Native Americans who once lived in what is now the nation’s capital. And he’s been pushing for years to change that.

Instead of just sitting in his rowhouse and plugging away at his research, he’s starting to head outdoors to give history lessons to more people with his homemade posters and sidewalk-setup. And he’s pushing the Smithsonian’s vast museums to display more on local tribes.

More than 400 years ago, there were clusters of Native American communities in the area of what is now the District, along the banks of the Anacostia River, by the Navy Yard and on what’s now Capitol Hill. 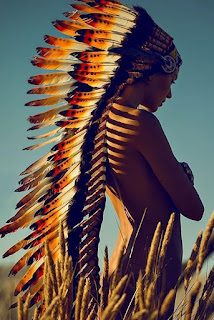 Two weeks ago, Lione shared his latest research findings on where — and how — Native Americans lived in the District, speaking with about 30 residents, passersby and history buffs who stopped by his sidewalk-setup along Garfield Park at 2nd and E streets SE just off I-695.

“Most people don’t know the story of the Native Americans who walked the lands where so much of D.C.'s houses and buildings now sit,” Lione told his listeners.

He explained to his crowd how Garfield Park, according to his research from articles at the Library of Congress, was once used by Native American tribes as a spot to “let their dogs run.” Across from Garfield Park, Carroll estate — where brick rowhouses now sit — was land that was once part of a Native American village, Lione said. A story in the Evening Star from 1883 told of workmen digging in the area and finding “potter’s clay of very fine quality” and “human bones” that were “believed to be Native Americans.”

We've found arrowheads on the beach. I'm sure most of the region was been more or less continuously occupied by Indians Native Americans since Clovis time (a Clovis site has been found on Tilghman Island). Several cultures worth, in fact, each probably succeeding the previous one in a violent altercation.

I would be more than happy to give Washington D.C. up to whatever tribe claims it. How much worse could they do? And then, we could follow my fathers suggestion of moving the national capitol to Fargo, ND, just to weed out the faint of heart.