Rooster of the Woods

A couple of days ago, we found this mushroom coming up on the stump of a Sweet Gum in the front yard. 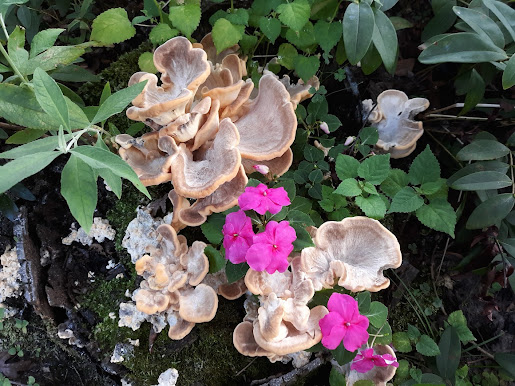 We had previously thought it was Chicken of the Woods, and eaten it. However, a friend who is really interested in mushrooms helped us identify it as Black-staining Polypore (it wasn't that tough, the mushroom bruises black when touched and stains hands, cutting boards and counters, basically anything it touches, black), aka Rooster of the Woods. This website really extolled it's virtues as an edible THE BLACK STAINING POLYPORE, so today Georgia harvested most of it, and following the guidelines there, boiled most of the mushroom bodies to make a broth, which will get used later: 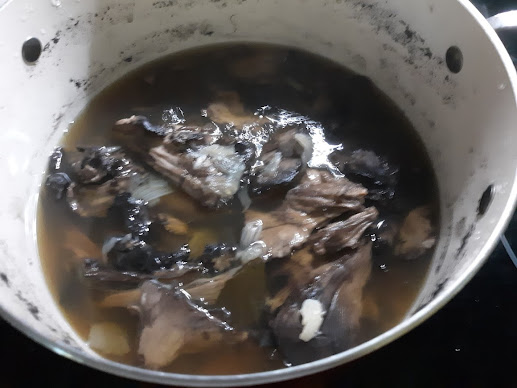 and kept the tender(er) tips to make a gravy with. It all smelled wonderfully shroomy while cooking, and we had the gravy over mashed potatoes, and it was wonderful! 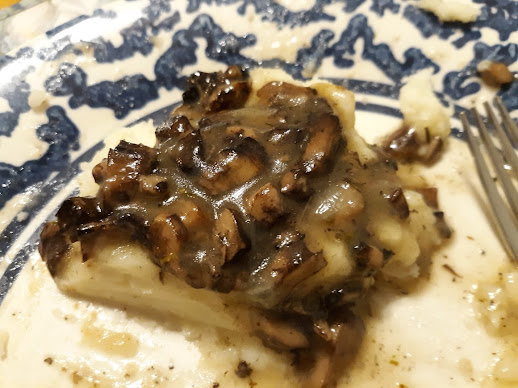