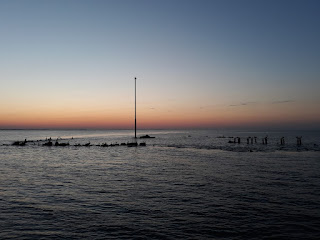 Before sunrise, at Cedar Point. Not a great fishing spot this morning. 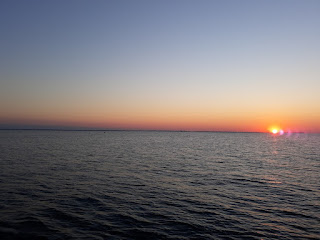 But nearby, as the sun rose, birds were working over a school of fish, which turned out to be  Bluefish, mostly pretty small, with a smattering of small Striped Bass too. I kept some Blues for the table. 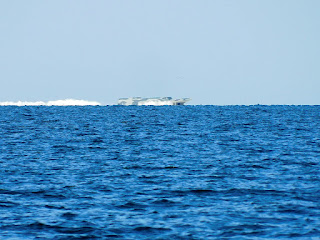 We ended up down at the Middle Grounds, near the Target Ship, hoping for Redfish and Cobia, when this thing rocketed past. I haven't been able to find a match, but it's clearly a very fast jet boat, designed for shallow water 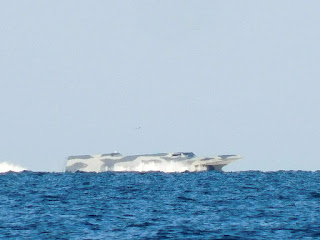 I don't know what it is, but I want one. I doubt if I could afford the gas though.
We tried several lumps in the Middle Grounds and were unable to locate Cobia or big Reds. 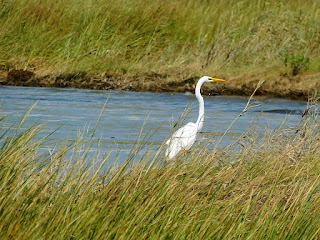 So we went to the skinny water over on the Eastern side. Fishing was hit and miss, a few here and a few there, but there weren't many other fishermen to contend with, unless you count birds. A Great Egret (not Heron), fishing a tidal creek. 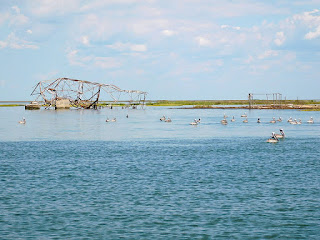 Brown Pelicans near a wrecked radar tower on Adams Island 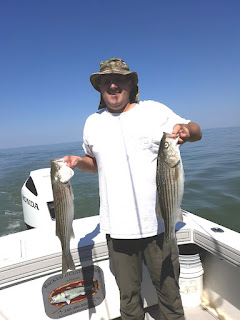 Col. Dziengeleski  with his two stripers 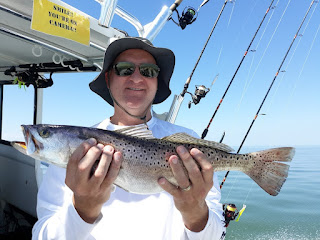 Derek Majikis with the best Speckled Trout of the day, about 26 inches. 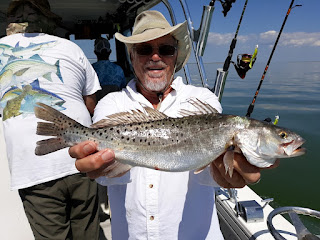 My one and only Speckled Trout (though I did lose one at the boat). 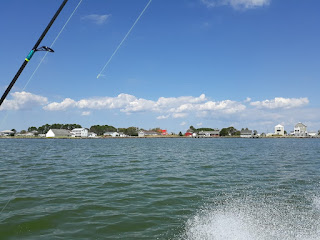 Racing past Hoopers Island on the way back. 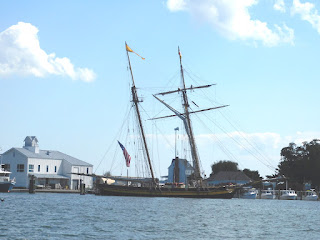 The Pride of Baltimore II at dock in Solomons Island. Notice the people climbing around in the rigging!