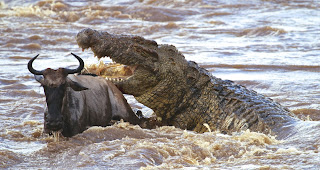 
DNA tests have confirmed that three crocodiles found in Florida over the past 5 years are “man-eating” Nile crocodiles that are actually native to Africa. And there are almost certainly more out there.

A manager at the Florida Museum of Natural History stated, “The odds that the few of us who study Florida reptiles have found all of the Nile crocs out there is probably unlikely.”

Nile crocodiles are the second largest living reptile in the world, some growing up to 20 feet in length. They are more aggressive than their relatively shy American cousins, causing significantly more human mortalities annually. 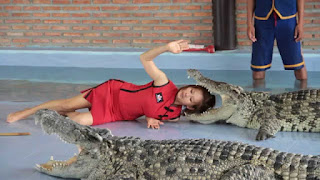 A possible solution to the Florida Man problem?


This species lives halfway across the planet, so how did it end up in the swamps of Florida?

Crocodiles have been imported to the U.S. for amusement parks and for the pet trade.

It is likely that some have either escaped or have been released by owners that have realized that they don’t actually want an 18-foot apex predator for a pet. (Hindsight is 20-20.)

Well, there are plenty of other invasive species in Florida for them to eat.

The Wombat has Rule 5 Sunday: Marina Watanabeout on time and under budget.
Posted by Fritz at 3:25 PM