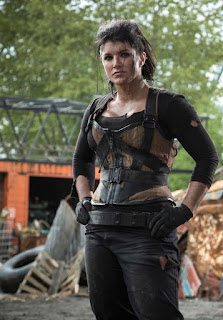 Or as Ace puts it: BLM NPCs to MMA Fighter Turned Actress Gina Carano: We Demand You Say "BLM" and "ACAB" Or We Will Continue to Smear and Slander You , Gina Carano: LOLGF "Wow, there are a lot of initials in that headline. I didn't plan that." I call BS.

Gina Carano is a former MMA fighter. Since hanging up her fingerless gloves, she has appeared in "The Mandalorian" and played the big, super-strength femme fatale in Deadpool, the one who does the Superhero Landing.

A few days ago, she posted a famous meme of a single man refusing to give the Nazi seig heil salute while all of the zombies around him obey mob rules. 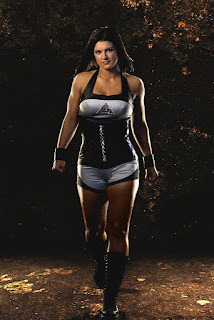 Now, if there was any question of what she intended to express, she explained herself:

But -- Why did she post this meme? Why now? In reference to what?

We don't know why she posted it. But a lot of people are guessing that she did so to express support (although in a coded way) for Jonathan Isaacs, the Orlando Magic player who stood for the National Anthem, while the stupid weakling sheep around him kneeled:

Linked above the line at Pirate's cove in the weekly Sorta Blogless Sunday Pinups and links. The Wombat has Rule 5 Sunday: Marina Watanabe out on time and under budget. 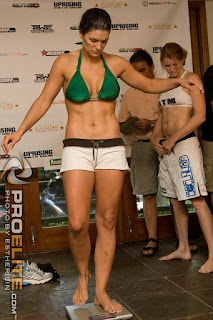 Why would her support be "coded" and not explicit?

Well, because of the ruthlessly stupid and criminally mentally unwell psychopaths who roam Twitter looking for Wrongthinkers to cancel.

Her support wasn't coded enough, I guess, because ravening packs of uneducated retarded sociopaths came hunting for her, calling her a "Nazi" for posting the meme. 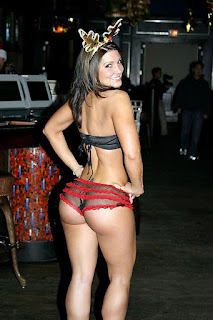 Although they're quite free calling others Nazis, they tend to resent someone else doing it to them, even obliquely.

Because the Mob wants people to shut up and obey the Mob. They don't like people celebrating defiance of the mob.

They're so "anti-Nazi" (allegedly) that they embrace the Nazis' values of groupthink and enforced conformity.

At any rate, these developmentally-impaired NPCs began smearing Gina Carano as a "Nazi" and trying to get her "#Cancelled" -- gleefully retweeting the hashtag #GinaCaranoIsOverParty.

And then they gave the game away. They freely admitted they were extortionists and mobsters. 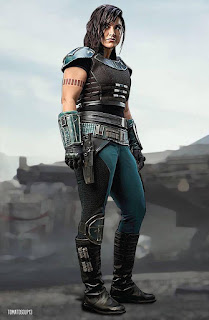 They told her, straight-up, that they would stop slandering her and trying to make her unemployable if she agree to repeat their #Woke Ritual Chants of "Black Lives Matter" and "ACAB," or "All Cops Are Bastards."

Not kidding -- they straight up blackmailed her to repeat their anti-cop propaganda.

But here's the good news: Gina Carano, a woman who used to voluntarily climb into the ring to fight another trained combatant, and face possible hospitalization or even death, and who honed her own willpower to get her through years of fighting training to compete on the professional stage, laughs in the face of these pussyboy shut-ins and mentally-ill sissies. 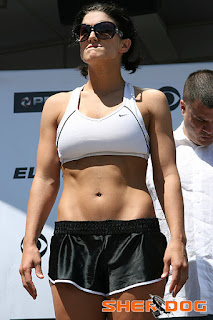 The guy who consulted with Rush Limbaugh and different corporations about how to deal with Sleeping Giants and various secondary-boycott-promoting leftists had this advice:

Just ignore them. No seriously, ignore them. This is the same 12-20 mentally ill obsessives and paid trolls who engage in every #Cancel campaign. Don't acknowledge them, don't argue with them. Do not make any concessions to them.

Just ignore them or tell them to fuck right off.

Because they can't do anything. These are just 12-20 miserable, mentally-ill shut-ins. 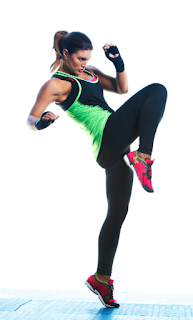 Ya Boi Zach is also fond of claiming that "it's the same 12 miserable, mentally ill psychos" on Twitter who are behind all of these cancel campaigns, and he also says to ignore them. (Or: Ignore them when you can, sue them when you can't.)

Their advice is so similar I wonder if the guy who advises people about this reached out to Zach, or Zach found an interview with the guy.

Anyway, Gina Carano is now putting that advice to the test.

I hope she wins. I expect she will.

And she'll put to shame every craven professional sports "warrior" who so readily bends the knee to the mob.

I've seen what real courage looks like, and it's got D-cups. 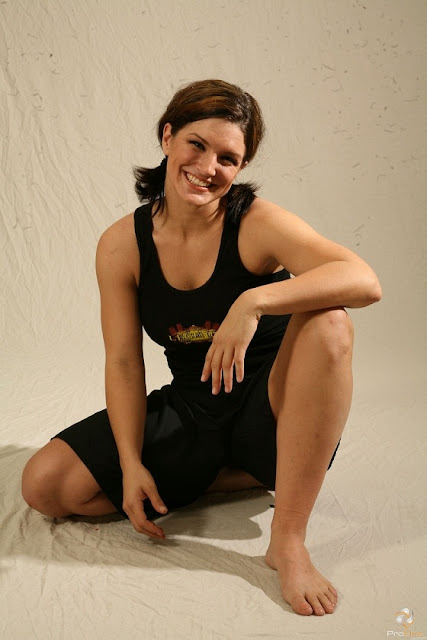 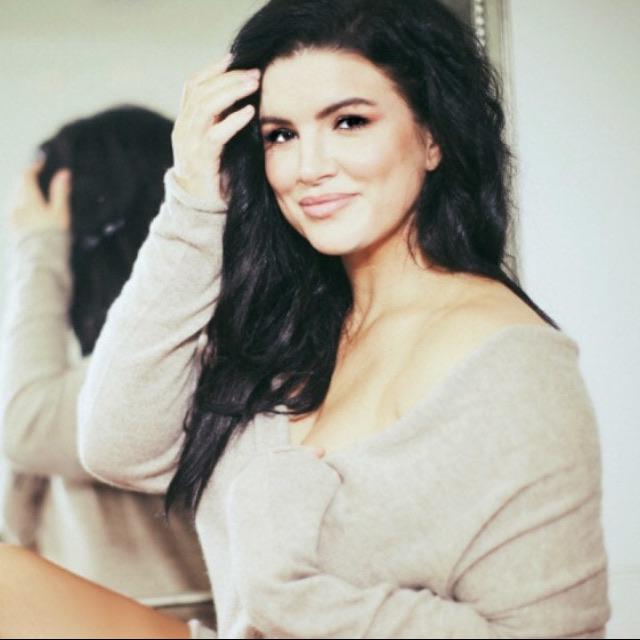 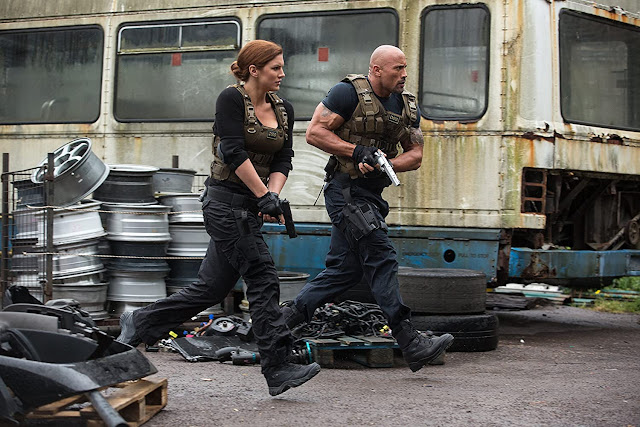 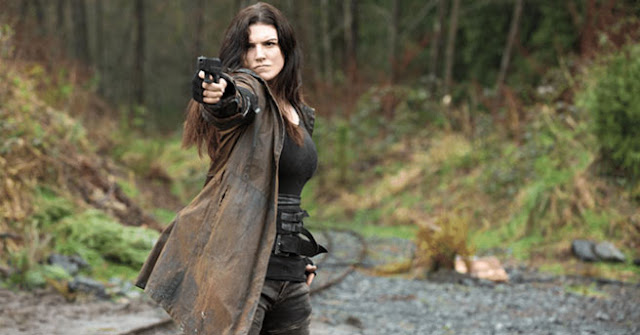 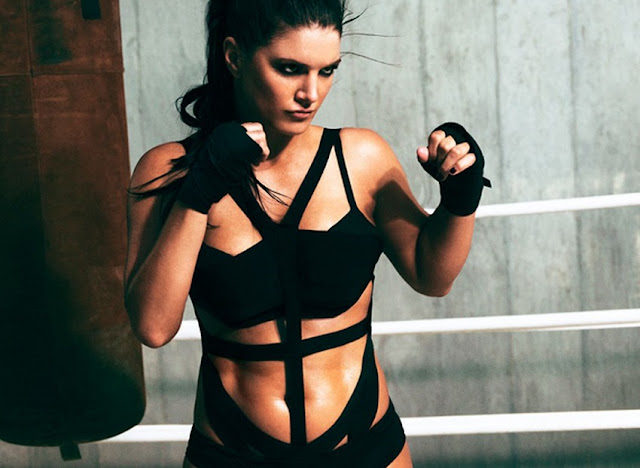 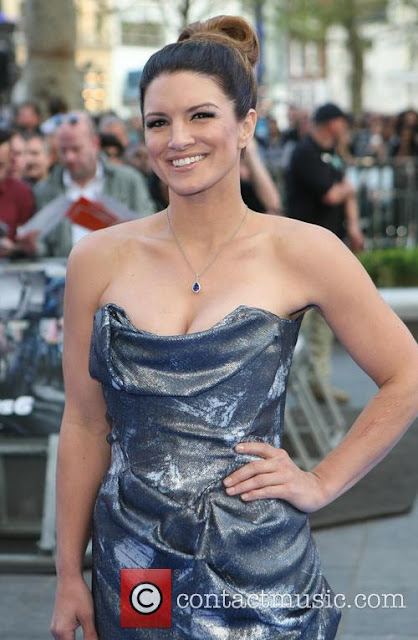 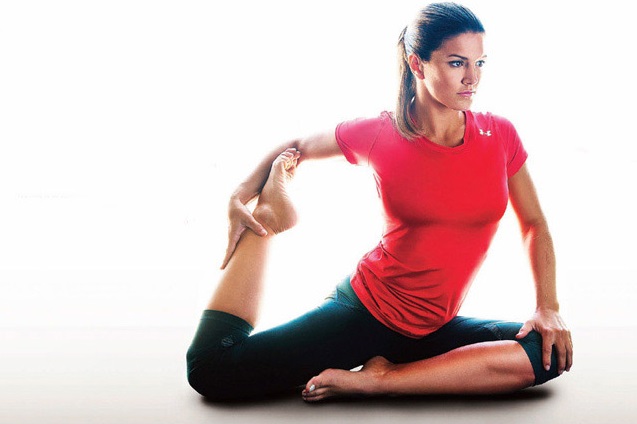 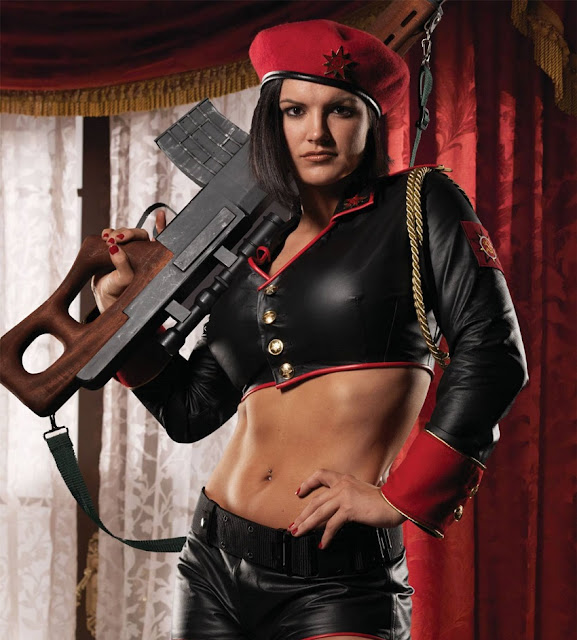 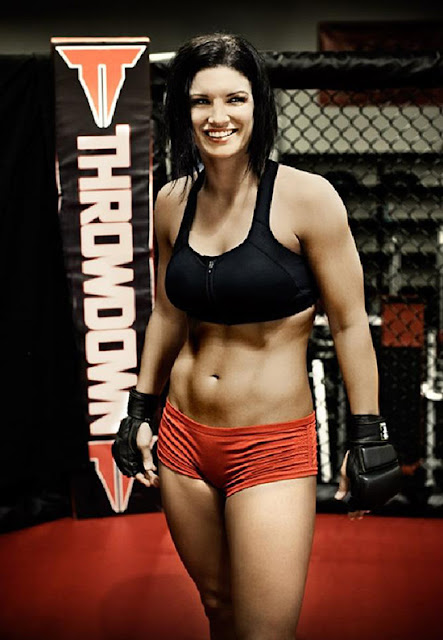