Not Your Mother's Latex Paint

It's not often I get my morning inspiration from the Volokh Conspiracy, but, via the Wombat's In The Mailbox: 08.24.20, Is Solidified Pour-On Liquid Latex "Clothing"? "A Texas agency could concluded that it is not, says the Texas Court of Appeals."


Texas BLC, Inc. is an association of "bikini/latex clubs"—businesses that authorize consumption of alcohol on their premises but deny that their entertainers are topless because they cover themselves with opaque latex applied in a liquid or semi-liquid state.
The Comptroller of Public Accounts adopted a rule that set forth its interpretation of "clothing" for the purpose of determining which businesses are sexually oriented and subject to the statutory fee. Under this rule, Texas BLC's members' businesses would be considered sexually oriented businesses and liable to pay the fee. Texas BLC sought a declaratory judgment under the Administrative Procedures Act ("APA") to declare the Comptroller's rule invalid. It argued that the rule does not comport with and imposes burdens in excess of the sexually oriented business fee statute. The trial court held that the rule was invalid, and the Comptroller appealed, challenging that ruling in a single issue…. 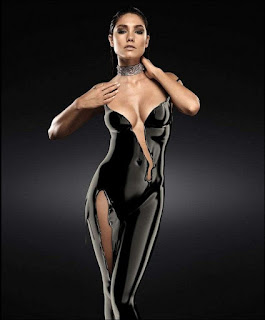 We reverse the trial court's declaratory judgment and render judgment that the Comptroller's rule is valid under the [Administrative Procedure Act]….
The facts in this case are not in dispute. The parties agree that the entertainers in Texas BLC's member businesses wear "opaque latex cover-up that covers" their "breasts below the top of the areola (and the dancers' buttocks to the extent not completely covered up by the bikini bathing suit bottoms)." …
An "agency's interpretation of a statute is entitled to 'serious consideration.'" But we defer to the agency's construction of a statute "only when the statutory language is ambiguous." If the statute is unambiguous, agency deference "has no place." … 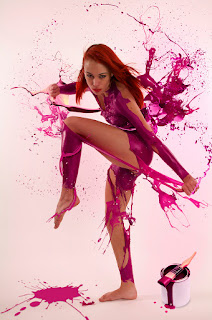 The [Sexually Oriented Business Fee] statute defines "nude" as "(A) entirely unclothed" or "(B) clothed in a manner that leaves uncovered or visible through less than fully opaque clothing any portion of the breasts below the top of the areola of the breasts, if the person is female, or any portion of the genitals or buttocks." Neither party argues that the statute is ambiguous. We likewise do not find that the statutory language yields "more than one reasonable interpretation."
Instead the parties dispute the meaning of the undefined terms "unclothed," "clothed," "uncovered," and "clothing," to which we accord their ordinary meanings. "Clothe" means "to cover with or as if with cloth or clothing: dress" or "to provide with clothes." "Clothing" means "garments in general; also: COVERING." "Uncovered" means "not covered" or "not supplied with a covering." "Covering" is defined as "something that covers or conceals." 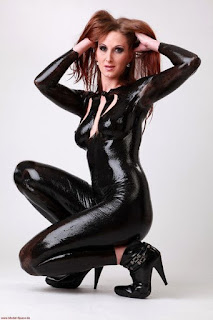 Although the dictionary definition of clothing includes the word "covering," our interpretation of the SOBF statute must take into consideration the context in which the words are used and must not render any word meaningless. The statute requires specified body parts to be covered by "fully opaque clothing" for the business to escape payment of the SOB fee. Construing "clothing" to mean any "covering" would ignore the Legislature's semantic choice, which we must presume is intentional….
Our task in this appeal, however, is not to formulate a precise definition of clothing but to determine whether the Comptroller's rule contravenes the statute. The challenged SOBF Rule defined "clothing" as a "garment used to cover the body, or a part of the body, typically consisting of cloth or a cloth-like material." This is consistent with the SOBF statute. The second sentence states the Comptroller's interpretation of what is not clothing: "Paint, latex, wax, gel, foam, film, coatings, and other substances applied to the body in a liquid or semi-liquid state are not clothing." This is also consistent with the SOBF statute, which requires entertainers to be covered by clothing, such as a tangible garment or an item designed and used to cover the body and commonly regarded as an article of dress…. 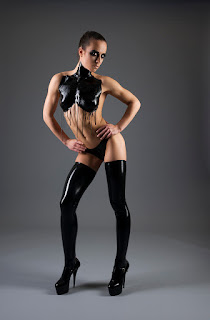 Texas BLC argues that the SOBF statute is about the visibility of certain body parts and that the test for whether a business is subject to the SOB fee is "whether certain body areas are sufficiently covered." But that formulation of the test ignores the statute's requirement that the entertainer be covered by clothing….
Texas BLC … argues that liquid latex is more modest than clothing, which can be pulled or brushed aside. It therefore contends that liquid latex use better effectuates the purpose of the SOBF Rule. Our task, however, is to construe the language in the statute. That language does not concern whether the covering is modest or demure, rather it requires that the entertainers be covered by clothing. {Moreover, although the entertainers' bodies may be covered by latex, liquid latex can be used to cover an entertainer's body in a manner that simulates nudity, which would not necessarily further the objective of the SOBF statute.}

and one for the ladies...

The Wombat has Early Morning Rule 5 Monday: Linda Ronstadt up at The Other McCain.