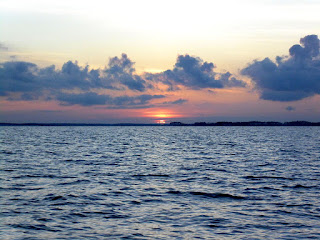 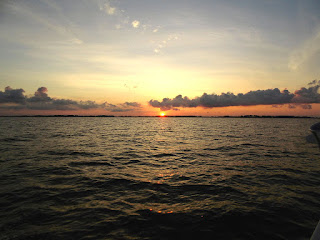 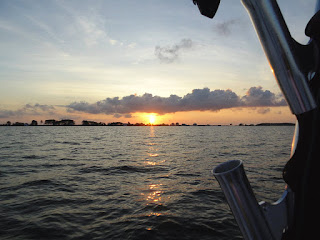 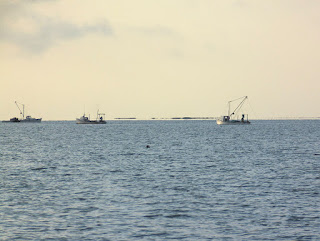 A southern route staple. The long lost backhoe at Holland Island. Often a great fishing spot, Tom score 3 small Striped Bass nearby (we are in the "donut hole' for stripers, all have to be thrown back until Sept. 1). The backhoe keeps sinking lower every year. 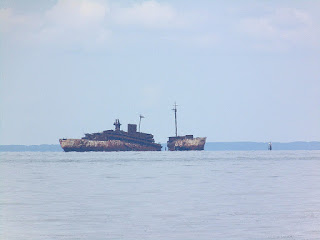 Another, the Target Ship, which is in far worse shape than it has been in the past. Reportedly, last years tropical storms tore it up pretty good. A friend of Pete's caught a 35 inch striper there today. I saw the picture. 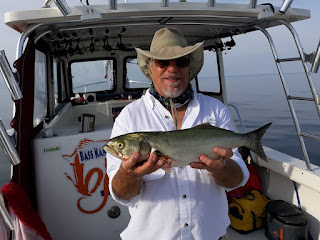 And yes, we did catch other fish. I caught this substantial Bluefish. Honestly, I don't remember where, except that it was down south. 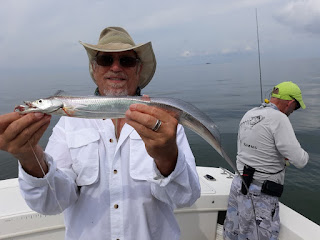 Eventually, we ended up in a place called the "Mud Leads" off Smith Island, and found a lot of small Gray Trout aka Weakfish, with a couple of small keepers and  other stuff mixed in, including this Atlantic Cutlassfish, which was one of two new species for me (the other was a Clear Nosed Skate; I may get a picture from Pete later) 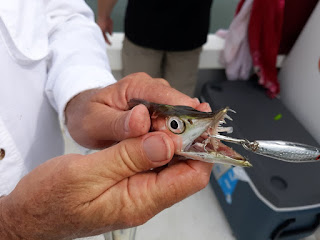 Look at the choppers on this thing! Allegedly, they hang vertically in the water column and attack fish swimming overhead. 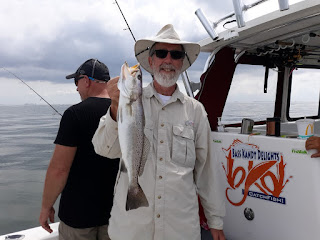 Tom with the nicest fish of the trip, a good Speckled Trout caught out of the mix of small Gray Trout, Cutlassfish, Whiting, Spanish Mackerel, a tiny Croaker, and the  Clear Nosed Skate. I also hooked, fought, and lost a huge fish that we thought might be a Red Drum. 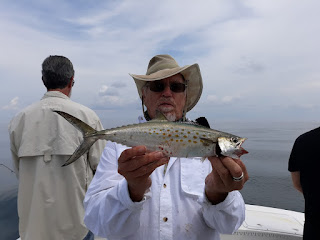 A Spanish Mackerel.
Posted by Fritz at 5:34 PM