In using wastewater to fight sea level rise, will beer be an additional benefit?

. . . withdrawals from the Potomac aquifer have been deflating it so dramatically that the ground on which we stand is sinking – so fast that subsidence is the single biggest contributor to Hampton Roads’ sea level rise problem.
Henifin reasoned, and so have regulators who’ve fast-tracked his idea, that reinflating the aquifer with super-cleaned water from HRSD would slow the rate of the subsidence.

Beginning by April, Henifin’s theory will be put to the test at the Nansemond Treatment Plant in northern Suffolk. There, HRSD will start injecting 1 million gallons a day into the aquifer. Specialized equipment will measure for any changes in the subsidence rate, and monitoring wells will track how fast the water spreads below.

The Nansemond project is a $23 million down payment on what Henifin envisions as a $1 billion program involving seven HRSD treatment plants from Virginia Beach to Williamsburg. The program is called SWIFT, Sustainable Water Initiative for Tomorrow. It’s garnering worldwide attention in science and engineering circles.

If it all comes off, there never will have been a larger aquifer injection, nor one with more potential impact on sea level rise. 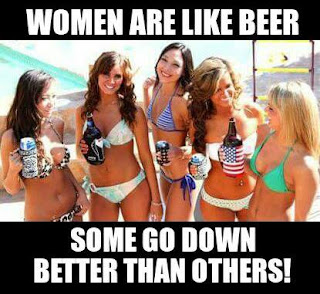 Yeah, but what about the beer?


That water will have been put through a series of tests to assure that it’s safe to drink, but it’ll also come with a disclaimer – that, technically speaking, it doesn’t have Virginia Department of Health approval. Henifin said that’s because the department’s rules don’t allow it to certify for human consumption any beverage from a reclaimed source, even if it had been transformed into the purest water in the world.

It was during this explanation that Henifin segued into beer.

He’s hoping, he said, to someday make some SWIFT water available to craft breweries and let them do their thing with it.

It’s happened elsewhere with wastewater – in California, Florida and Wisconsin, to name a few examples. In Oregon, 40 homebrewers faced off in a competition last August using water purified from a wastewater treatment plant. A saison won best in show in the “sewage-to-brewage” smackdown. A Portland brewery then turned it into a limited release. 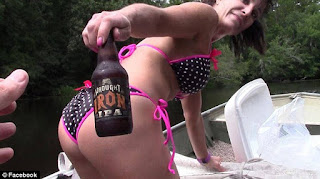 
In brewing circles, Henifin said, transforming wastewater has “become quite the buzz, if you’ll excuse the pun.”

Making it happen in Virginia would take some changes in regulations – “a windmill I’d like to take a tilt at.”

All water everywhere has been strained through somebodies kidneys (or equivalent) sometime.

Wombat-socho has "Rule 5 Monday: Winter Pinups" ready for your digital pleasure.
Posted by Fritz at 7:37 PM