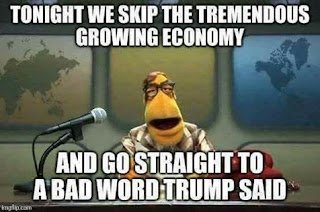 #5881: It looks like Apple is bringing back home nearly all of its $250 billion in foreign cash


Apple just announced on Wednesday it will bring back hundreds of billions of dollars from overseas to fund investment in the U.S. and likely increase its capital returns.

"Apple, already the largest US taxpayer, anticipates repatriation tax payments of approximately $38 billion as required by recent changes to the tax law. A payment of that size would likely be the largest of its kind ever made," the company said in the release.

After the repatriation tax payment, the company will have $207 billion left over from the move it can use for investments, acquisitions, stock buybacks or larger dividends. Apple said it plans more than $30 billion in capital expenditures in the U.S. during the next five years.

But we've been told over and over that you can't make more money on taxes and grow the economy by cutting taxes, by democrats and their aligned media outlets.


The GOP site is swamped, but Fox News has the list:

4) TIME report that Trump removed a bust of Martin Luther King, Jr. from the Oval Office

11) In Trump’s words, "‘RUSSIA COLLUSION!’ Russian collusion is perhaps the greatest hoax perpetrated on the American people. THERE IS NO COLLUSION!”

Trump, of course, cares only for '"fake news" that that impact him and his agenda, but we would all benefit from remembering the Gel-Mann Amnesia Effect:


Briefly stated, the Gell-Mann Amnesia effect works as follows. You open the newspaper to an article on some subject you know well. In Murray’s case, physics. In mine, show business. You read the article and see the journalist has absolutely no understanding of either the facts or the issues. Often, the article is so wrong it actually presents the story backward-reversing cause and effect. I call these the “wet streets cause rain” stories. Paper’s full of them.

In any case, you read with exasperation or amusement the multiple errors in a story-and then turn the page to national or international affairs, and read with renewed interest as if the rest of the newspaper was somehow more accurate about far-off Palestine than it was about the story you just read. You turn the page, and forget what you know.

That is the Gell-Mann Amnesia effect. I’d point out it does not operate in other arenas of life. In ordinary life, if somebody consistently exaggerates or lies to you, you soon discount everything they say. In court, there is the legal doctrine of falsus in uno, falsus in omnibus, which means untruthful in one part, untruthful in all.

But when it comes to the media, we believe against evidence that it is probably worth our time to read other parts of the paper. When, in fact, it almost certainly isn’t. The only possible explanation for our behavior is amnesia.

and that's true when the reporter is reasonably unbiased, but ignorant of the subject at hand. The situation in much worse when, as it often the case in political reporting where the reporters are mostly extreme Democrat partisans and woefully ignorant as well.


“All these newspapers used to have foreign bureaus,” he said. “Now they don’t. They call us to explain to them what’s happening in Moscow and Cairo. Most of the outlets are reporting on world events from Washington. The average reporter we talk to is 27 years old, and their only reporting experience consists of being around political campaigns. That’s a sea change. They literally know nothing.”

Rhodes set up a team of staffers who were focused on promoting the deal, which apparently included the feeding of talking points at useful times in the news cycle to foreign policy experts who were favorably disposed toward it. “We created an echo chamber,” he told the magazine. “They [the seemingly independent experts] were saying things that validated what we had given them to say.”

The manager of the White House’s Twitter feed on Iran, Tanya Somanader, said one reporter, Laura Rozen of the Al-Monitor news site, became “my RSS feed. She would just find everything and retweet it.”