Are the Eagles in Trouble? 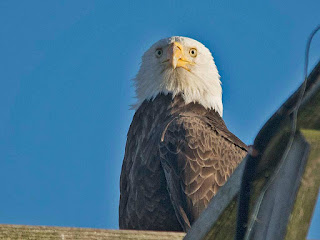 Not the Philadelphia Eagles, the American Bald Eagle: Bald eagles came back from brink, but are numbers dropping again? One researcher fears so

Terrence Ingram is trying to upend conventional wisdom about our majestic national symbol.

He lacks the academic bona fides of an ornithologist but has spent nearly 60 years researching and advocating for bald eagles; he is even credited with saving more than 6,000 acres of eagle habitat along the Mississippi River. In 1995, Ingram established the Eagle Nature Foundation as the successor to a similar organization he'd started nearly three decades earlier.

His point is simple: The bald eagle population is declining.

It is an astonishing conclusion that flies in the face _ so to speak _ of the narrative that presents the bald eagle as a great American comeback story. And Ingram's theory is particularly noteworthy this month, when federal agencies and about 100 volunteers affiliated with his foundation conduct separate, crucial midwinter bald eagle counts. 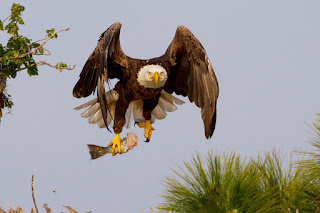 So how can Ingram justify his conclusion?

He relies on 57 years of midwinter bald eagle counts his organization has conducted along and around the Mississippi River from Wisconsin to southern Illinois. Some years, his volunteer counters reach as far south as Louisiana.

Uneven as the counts are, they show a drop of nearly 400 bald eagles, or 25 percent, from 2010 until last year's survey through the region stretching from northern Wisconsin to southern Illinois. Ingram also is concerned about a drop in the counts of young eagles, known as "immatures."

Experts who know of Ingram's work treat it with respect but skepticism.

Hmmm. Just from my walks on the beach, and visiting various places along the bay shores, it seems to me that there are less eagles than there were just 3-4 years ago. I don't want to call it scientific, but he might be on to something.