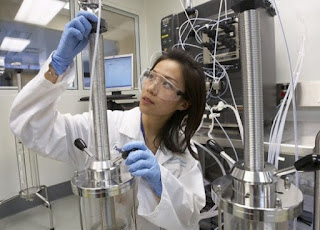 Geez, why not just come out and say women are incapable of the objectivity necessary to be in STEM? Profs blame 'masculine' ideals for lack of women in STEM


Two professors believe that “masculine STEM ideals”—like “asking good questions” and “putting school first”—are to blame for the lack of women in math and science courses.

Laura Parson, a professor at Auburn University, and Casey Ozaki, who teaches education at the University of North Dakota, advanced the notion in an article published in the latest issue of the NASPA Journal About Women in Higher Education, noting that women are not only “less likely to major in STEM fields” than are men, but those who do study science, technology, engineering, and math are less likely to graduate than their male classmates. 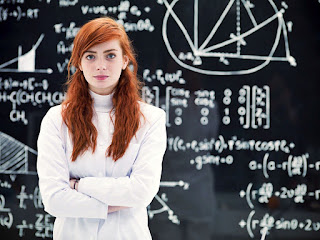 Both are "Education" professors. 'Nuff said.


"These STEM student ideals are gendered because women are evaluated against measures and characteristics that reflect a male worker."

Together, Parson and Ozaki interviewed eight female students majoring in math or physics to learn more about why women struggle in STEM. From their interviews, the professors learned that many women feel pressure to conform to so-called “masculine” norms. 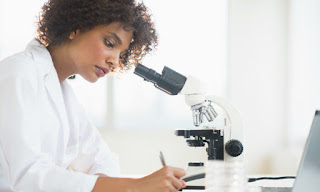 
According to the professors, these masculine norms include “asking good questions,” “capacity for abstract thought and rational thought processes,” “motivation,” the expectation that students would be “independent” thinkers, and a relatively low fear of failure.

“This requirement that the average student asks questions and speaks in class is based on the typical undergraduate man,” they contend.

Unfortunately for the female students, many of them indicated difficulty embodying these traits, reporting that they tend to ask fewer questions in class than do their male peers, and have noticed that other women in their classes share the same inclination.

“When I think about it, I guess the females rarely ask any questions, or they’ll go and ask the professor like after, or um, if we’re doing homework, and we have questions,” recounted Julie, a junior majoring in physics. 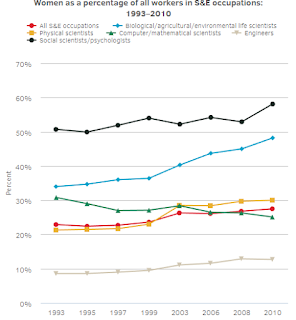 Well, perhaps feminist education should emphasize that women who want to succeed in STEM fields should should acquire the traits that make men, like say, “asking good questions,” “capacity for abstract thought and rational thought processes,” “motivation,” the expectation that students would be “independent” thinkers, and a relatively low fear of failure, rather than teaching them to resent them.

Meanwhile, the feminization of science continues apace. It may or may not be a good thing.

Wombat-socho has "Late Night With Rule 5 Sunday: Stacey Dash" ready for your browsing pleasure at The Other McCain.
Posted by Fritz at 5:48 PM