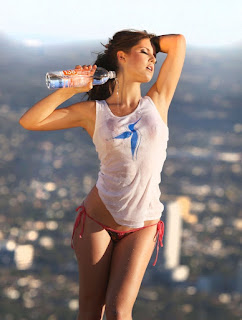 Via Wombat-socho's "In The Mailbox: 01.08.18." Shot In The Dark: "The CIA’s Fiendish Plan To Kill Off Hipsters." While the bottled water craze that started a few years ago was silly, the newest ‘Raw Water’ Makes a Mockery of Human Suffering:


It’s a play-act of poverty that puts ‘slum tourism’ to shame. Every few months, there’s a new trend that promises life-changing health benefits — a spice, or a juice, or another mundane consumable, often with an Indian or East Asian name thrown in to make it seem ancient and exotic. We see these things, laugh, and move on with our lives. We live and let live. 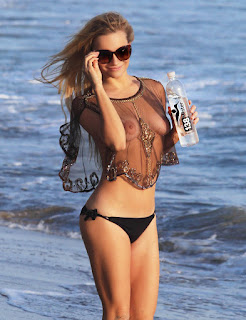 “Raw water” is the newest such trend. Customers are paying for the privilege of drinking water that is unfiltered, untreated, and unsterilized — and apparently they want it so badly that it is often out of stock. Numerous brands have emerged to cater to this fast-growing niche. A fool and his money are soon parted, and in free countries we should accept that. But this particular fad makes me recoil with disgust.You see, “raw water” is the norm in much of the world — and it is no laughing matter. It results in stunted growth in children, crippling disease, birth defects, and an endless list of other tragic outcomes. 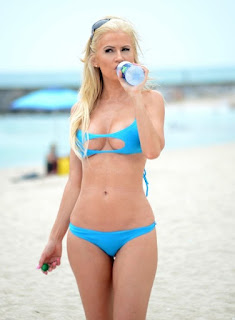 A recent World Bank study, conducted across 18 countries, revealed that only 20 percent of these nations’ rural inhabitants had access to clean water. In some countries, access to clean water has gotten worse over the years. In Haiti, for example, half as many households have access to clean water as did 25 years ago. Perhaps our best and brightest envy this situation, seeing in it increased access to their beloved “raw water,” but I think we can safely assume that the people of Haiti would prefer water that doesn’t put them into a vicious cycle of getting sick, losing bodily fluids, needing more water, getting sicker, and so on.

I've drunk my fair share of raw water down through the years, from mountain springs and creeks. I've also had Giardiasis and trust me, you don't want Giardiasis, let alone cholera (It's unclear whether I got it from a contaminated well, or from drinking water out of a tire track in moment of desperation).

I'm also an officer on the local community water board. We're proud of being able to produce excellent, safe water for less than $0.01 per gallon, where commercial "raw water can sell for up to $15.00 a gallon. That's just insane.

Bottled water has it's place. It's easier than a canteen, and not all that expensive. When I unpacked my fishing bag this winter, I found 5 bottle secreted in various compartments. But buying the most expensive "name" brands is also absurd.

Linked at Pirate's Cove in the weekly "Sorta Blogless Sunday Pinup." Wombat-socho has "Late Night With Rule 5 Sunday: Stacey Dash" and "FMJRA 2.0: Let The Good Times Roll" ready for your browsing pleasure at The Other McCain.
Posted by Fritz at 4:08 PM