That an icebreaker is being used in Chesapeake Bay: As Chesapeake Freezes, DNR Cutting Ice To Keep Smith Island From Being Stranded

WJZ’s Rick Ritter was aboard the Department of Natural Resource ice cutter, the J. Millard Tawes, Wednesday morning. He reports that crews are dealing with ice that is six inches thick in some places.

Captain Eddie Somers said, if this keeps up, it could be one of the worst winters he’s seen in years.

It’s already nearly impassable in some areas. And it’s up to the 100-foot Tawes to open up the main channel to Smith Island, the only inhabited island in Maryland’s Chesapeake waters without a bridge to the mainland.

“There is no other access to Smith Island except by these boats,” says DNR’s Gregg Bortz. “Which is why it’s so crucial to do this… the risk would be that Smith Island would be difficult to resupply and to move people back and forth.” 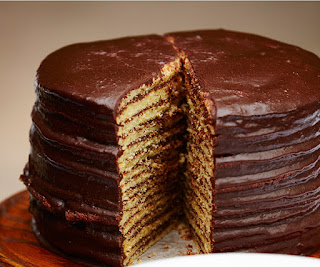 And the world would be cut off from the delicious Smith Island Cakes!


But the bitter cold has crews struggling to get ahead. As soon as they get rid of the ice, it reappears.

“Sometimes you have to stop and back up and hit it, basically ram it,” Captain Somers said.


This isn't really that unusual, which is why Maryland has an icebreaker. Nice video at the link.
Posted by Fritz at 2:04 PM