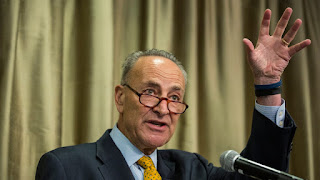 Democrats shut government down, but they're still struggling to explain why


Step one: Democrats have yet to agree to a long-term spending deal that would
allow Congress to appropriate funds on an annual basis instead of passing short-term continuing resolutions. This fiscal year began three and half months ago, and under ordinary circumstances the funding question would have been resolved long ago, and the opportunity to shut down the government wouldn’t even exist.


However, Democrats blocked a necessary increase in Pentagon funding in a naked attempt to leverage national security to win more funding for domestic programs. For that reason, Congress passed three short-term bills. Democrats blocked passage of the fourth. 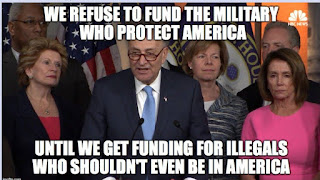 Step two: Democrats rejected numerous offers to get just want they want, which is a permanent solution for DACA. While DACA is not in any way related to government spending, the Democrats have taken spending hostage in an attempt to force Republicans to deal on DACA.

There’s just one problem: Republicans are perfectly willing to deal on DACA. Trump and even the most conservative Republican leaders have proposed a true compromise and even written legislation that reflects it. Reps. Bob Goodlatte (R-Va.) and Michael McCaul (R-Texas) proposed legislation that grants permanent amnesty to DACA recipients, in addition to common-sense border security and enforcement provisions. Having rejected this proposal, Democrats are claiming they’ll block government funding until a more favorable compromise to them emerges.

Step three: The Democrats distracted from the reality of the negotiations by creating a media circus around a comment that President Trump allegedly made during a private meeting — a comment the president denies. 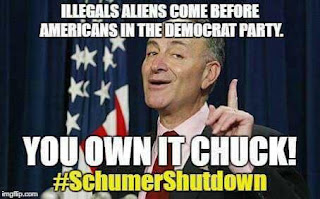 Step four: The Democrats have used the alleged comment to confuse people, charging that the president is a racist rather admitting the truth, which is that he sincerely wants a DACA deal. Otherwise, their manufactured shutdown wouldn’t make any sense at all in the face of a president who wants to give them what they want.

Step five: Having refused a long-term deal (step one), the Democrats then turned to refusing a short-term stopgap. This is the step that really brings the shutdown into play. The House proposed and passed a four-week continuing resolution that would have kept the government running while the two parties continued to hash out DACA and the long-term spending bill. Instead, Democrats rejected that offer of more time and instead opted to all discretionary spending lapse. 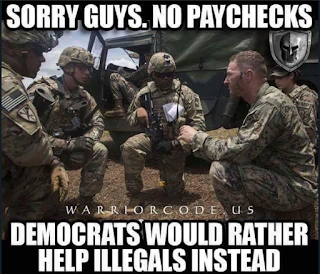 Step six: Democrats have cranked up the blame machine. Republicans have majorities in the House and in the Senate. This is a fact that Democrats believe makes them blameless in the Senate, but anyone who buys this line is ignorant of the Senate’s rules. Any spending bill must have 60 votes to pass the Senate. That means that while Republicans enjoy the majority, they don’t control the outcome by themselves.

Almost every Republican senator is ready to support a short-term spending bill. It is only the Democrat senators that are blocking its passage. If Republicans really did “control” the Senate, as Democrats are saying, the government would have remained open.

As has been the case in each and every policy debate so far, compromise between the parties has been elusive. A quick review of the facts reveals exactly why. Democrats, exerting the leverage they have over what can pass the Senate, will block any compromise. While feigning interest in a compromise, they continue to block any proposal that doesn’t give them exactly what they want and only what they want.

Democrats won't rest until they're free to import a more favorable electorate.

Now that they shut it down, leave the government workers (all democrats effectively) out of work for at least a week with no pay. In the past, government workers have been repaid for shutdown time, while contractors and non-federal employees at the Smithsonian Trust were not. Let them suffer the consequences of their leaders decisions.

Hell, replace a bunch of them with dreamers at half the cost, while you're at it.


So we're in for another bit of high-stakes shutdown theatre, as evil moustache-twirling Republicans (it's always Republicans, even when it's Democrats) strap the lovely damsel of Big Government to the tracks just as the Friday midnight express is rounding the bend. At his press conference today, however, Mick Mulvaney, Director of the Office of Management and Budget, said that this time round they'd be working to minimize the impact of the shutdown - whereas, last time round, for political reasons, the White House set out to maximize it. Mr Mulvaney called this "weaponizing the shutdown" - which the Obama Administration certainly did, up to the point of seizing and detaining blameless foreigners - which is, oddly, what they now accuse Trump of doing.

So they won't be shutting down the parks and memorials like the Obama administration did in 2013, to inconvenience as many citizens as possible.
Posted by Fritz at 9:19 AM