Trump Bringing Red Back to Virginia 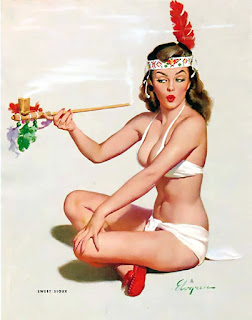 
President Donald Trump has signed legislation to grant federal recognition of six Virginia Indian tribes, opening opportunities for them to receive benefits such as aid for schools, housing and health care.

The federal recognition successfully ends a quest of nearly two decades by the tribes and by Republicans and Democrats in Virginia’s congressional delegation.

Wittman introduced H.R. 984, the Thomasina E. Jordan Indian Tribes of Virginia Federal Recognition Act of 2017, in February. The House of Representatives passed the bill by voice vote in May, and the Senate adopted it by unanimous consent on Jan. 11 after U.S. Sens. Mark Warner and Tim Kaine, both Democrats, forced a surprise vote. 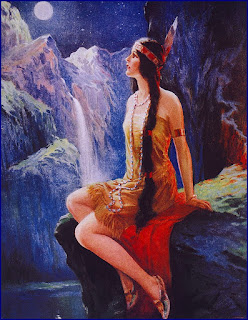 So, really, Trump had not much to do with it, other than sign it, and it had no opposition in Congress.


“It’s definitely a historic day for the tribe and for the commonwealth,” said Wayne Adkins, first assistant chief for the Chickahominy, based in Charles City County.

“We’re really looking forward to planning the future of our tribe.”

Adkins, currently on leave for his tribal post, also is president of VITAL, or the Virginia Indian Tribal Alliance for Life, created in 1999 as an advocacy organization for the six tribes that chose to seek recognition through Congress rather than the U.S. Department of Interior’s Office of Federal Acknowledgment.

“It’s something we’ve been working on for 19 years,” he said. “To see it finally come to fruition is gratifying.

Wittman said in a statement Monday evening: “Today, we celebrate a decade of hard work.”

“This is an issue of respect,” he said. “Federal recognition acknowledges and protects the historical and cultural identities of these tribes.”

My question is whether this will mean some more casinos nearby? And when do the Patuxent Indians get their reservation?

Wombat-socho has "Rule 5 Sunday: Eagles With Elbows" ready and waiting.
Posted by Fritz at 5:48 PM