There's Something in a Name 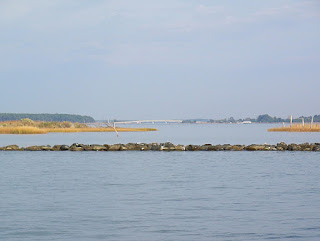 Another mass Striped Bass poaching bust on the Eastern Shore at Fishing Creek. From the MD DNR website:


Continued surveillance at Fishing Creek Bridge in Dorchester County resulted in charges against 18 people and the seizure of 261 striped bass.

All 14 defendants are due in Dorchester County District Court Aug. 16. Each charge carries a maximum fine of $1,500.

The four defendants have been schedule to appear in Dorchester County District Court July 19.

How many of these will be found to be illegal immigrants? For those counting, that's the third time this year.
Posted by Fritz at 8:12 AM