Depressed About Smoking, Blood Clots or Skin Cancer? Blame the Cavemen in Your Family Line 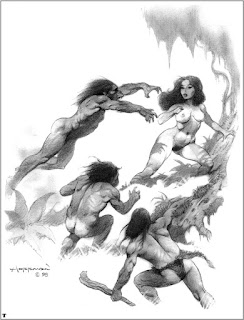 Many modern human genomes retain DNA inherited from interbreeding with archaic hominins, such as Neandertals, yet the influence of this admixture on human traits is largely unknown. We analyzed the contribution of common Neandertal variants to over 1000 electronic health record (EHR)–derived phenotypes in ~28,000 adults of European ancestry. We discovered and replicated associations of Neandertal alleles with neurological, psychiatric, immunological, and dermatological phenotypes. Neandertal alleles together explained a significant fraction of the variation in risk for depression and skin lesions resulting from sun exposure (actinic keratosis), and individual Neandertal alleles were significantly associated with specific human phenotypes, including hypercoagulation and tobacco use. Our results establish that archaic admixture influences disease risk in modern humans, provide hypotheses about the effects of hundreds of Neandertal haplotypes, and demonstrate the utility of EHR data in evolutionary analyses. 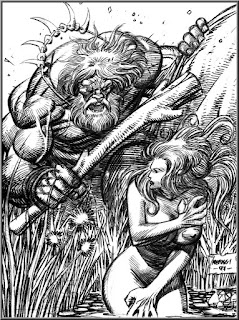 So, that sounds like a list of the family health problems, blood clots, skin lesions, and a little smoking here and there. Depressing isn't it? Interesting to find out it might come from the 3-5% of Neandertal genes that most of us European and Asian types carry. But what about the Africans among us, with essentially no Neandertal genes? Who do they get to blame. Oh, wait . . .

Dienekes goes on to wonder about any good traits that may have come from our Neandertal ancestors:


Doubtlessly, as we begin to better understand the genetics underlying positive human traits, some of these will end up having come from archaic humans. Neandertal admixture was a huge injection of "new stuff" into the Eurasian modern human gene pool, and there is every reason to think that even if the "bad stuff" outweighed the "good", there was still plenty of room for functionally beneficial variants to be acquired from them.

Wombat-socho's "Rule 5 Sunday: Rally ‘Round The Banner, The Banner Purple And Green" is ready at The Other McCain.
Posted by Fritz at 5:00 AM